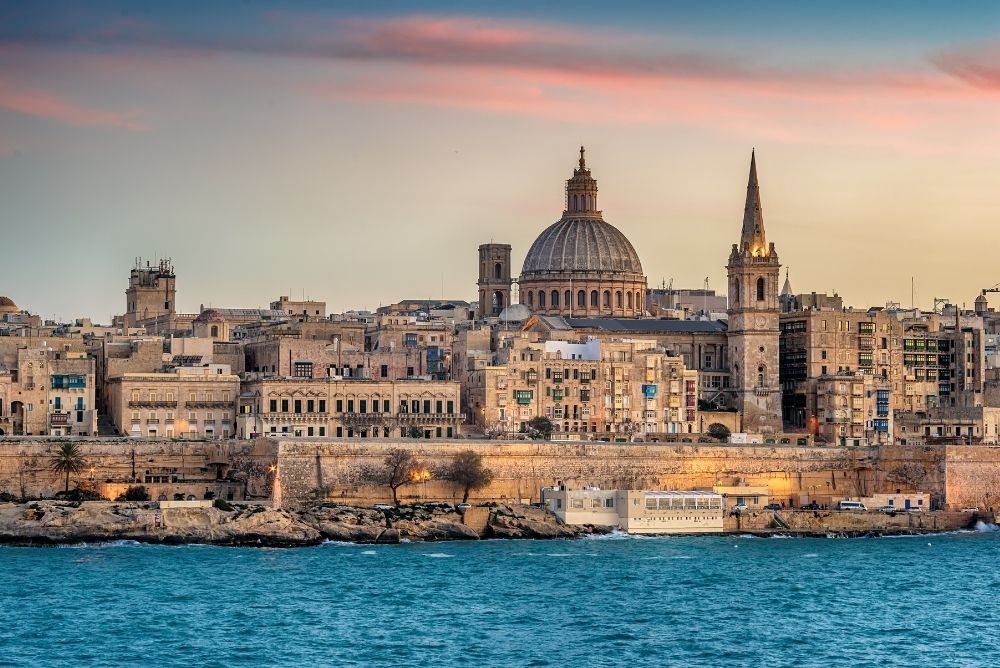 A Long Weekend in Malta

“Malta seemed the perfect choice. Although I’d never been to the island before, I’d read an epic account of the siege of Malta in 1565 by Ottoman Turks.”

Where to go to celebrate a March birthday? With that question in mind I was looking for a quick and easy long weekend away, but also wanted to see some sun at the end of a gloomy UK winter. Malta seemed the perfect choice. Although I’d never been to the island before, I’d read an epic account of the siege of Malta in 1565 by Ottoman Turks as well as the inspiring story of Faith, Hope and Charity, three Gladiator biplanes which were for a time the sole aircraft defending the island during World War II. Knowing that these gripping historical dramas had played out on such a small Mediterranean island had definitely put Malta onto my destination wishlist and now was my chance.

I visited in March which is a great time for warmer winter temperatures than home, but in fact Malta can be a year-round destination weather-wise. Winter is also a great time for off-season hotel rates, less crowds and even cheaper local bus fares, but if you want to include some beach time into your visit the Mediterranean starts warming up from late April onwards, and Malta boasts some very good beaches as well as the tempting turquoise waters of its famous Blue Lagoon.

How to get around

Malta and neighbouring Gozo are just small islands and the bus service will get you most everywhere. A flat fare or pass allows changes between routes too, so all is very convenient for the visitor. However, if you’re travelling with the family or in a group car rental may be a better option, but check that your accommodation offers parking arrangements. There’s also a great ferry service across the harbours, making visits to Valletta very practical if staying across the water from the capital.

The fortified Maltese capital of Valletta is a joy to wander and explore. This walled city was built on a peninsula by the Knights of St. John in the 1500’s, and we started our visit by following the walls around taking in the many fortresses, bastions and the sweeping views of the Grand Harbour. The Upper and Lower Barrakka Gardens are peaceful havens along the way where you can take a break from walking and enjoy a coffee under the trees.

I knew that religion played a big part in Malta’s history, but its simple exterior had not prepared me for the masterpiece of Baroque art which this cathedral contains within. Its richly decorated walls and soaring ceilings are a true wonder to see, and if you’re into art Caravaggio’s stunning masterpiece ‘The Beheading of St. John the Baptist’ is on display in the museum.

Being a history-buff I loved visiting this famous Valletta fort. Built by the Knights Hospitaller in its strategic position overlooking the entrances to both Valletta’s harbours, the Fort played a pivotal part in the island’s survival of the Turkish siege in 1565. Now beautifully restored, the fort is also home to the National War Museum which has a lot of great stories to tell from the many battles that have been fought over the island during the centuries. Also, if you make it here on a Sunday morning, there’s usually a colourful reenactment parade of the Knight’s Hospitaller processions.

I was very impressed by the Siege Bell War Memorial in Valletta not just for the history it commemorates, but for its commanding position overlooking the Grand Harbour entrance. This monument was inaugurated in 1992 on the 50th anniversary of the awarding of the George Cross of Bravery to the people of Malta. But you’ll need to cover your ears if you’re visiting at Noon when they ring the giant bell!

If you’re looking for a trip out from Valletta, I can highly recommend the fortified town of Mdina set on a hilltop just 30 minutes bus ride away. It’s a small place filled with old sandstone buildings, leafy squares and churches, and after walking its bastion walls and exploring its narrow twisting streets it’s easy to find a coffee or lunch spot at one of the many cafes. This town is also known as ‘The Silent City’, and if you visit in the evening after most visitors have left you’ll have the place pretty much to yourself.