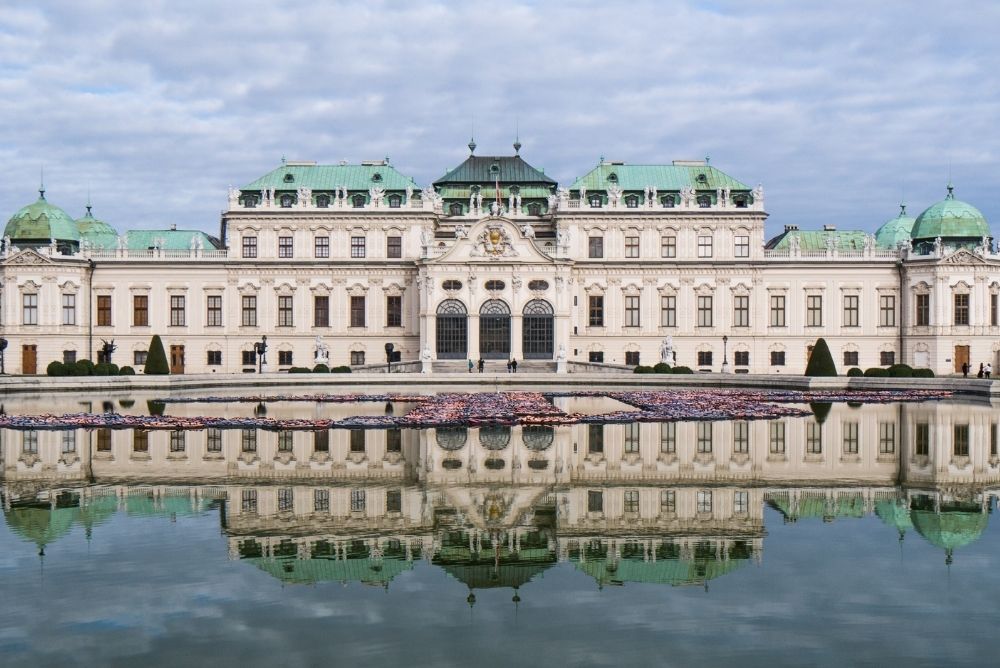 An Adventure in Vienna

Why Vienna?
We decided to travel to Vienna for a few reasons including its central location in Europe, which allows us to experience Central Europe’s beauty and culture at its finest. One of the main reasons we visited Vienna is because the capital was awarded in 2017 as the city with the highest quality of living. They have received that award for the eighth time in a row at that time. Vienna offers your usual urban flair, but it also gives you many opportunities to connect with nature by visiting the countless parks and recreational grounds. More than half the metropolitan area is green spaces and there are 280 imperial parks and gardens altogether gracing the cityscape. In addition to its luscious greenery, Vienna is home to some of the most beautiful historic buildings I have seen. In one city you will be witness to the brilliance of Art Nouveau, Gothic and Baroque style.

Best Time to Visit
As much as I love sunny and warm weather, I wouldn’t recommend visiting Vienna in June, July or August since some days were unbearable to walk around the city because of the hot weather. I believe the best time to visit is from September to October or April to May.

How Long to Visit for
Our trip was five nights and I think that is more than enough to explore the capital. I am certain with good organisation and itinerary, you can see the brilliance of the capital within a 4-day trip.

How to Get Around
One of the biggest advantages of Vienna is that it offers so much choice when it comes to public transportation. The capital has tram and subway lines that can take you to any of the tourist attractions. We tried both but preferred the subway since it would get too hot on tram with so many people crammed in the summer. However, on most days we would even walk to most places since our hotel was located close to the town centre.

Belvedere Palace
This is probably my favourite attraction in Vienna. It is a historic building complex consisting of two Baroque palaces – Upper and Lower Belvedere, the Orangery and the Palace Stables. The complex is set on the south-eastern edge of the city centre and was built with the sole purpose of being Prince Eugene of Savoy’s summer residence. It is so grand and magnificent, the grounds are set on a gentle gradient and adorned by tiered fountains, cascades, gardens and Baroque sculptures. We spend almost a whole day exploring the separate buildings, one of which included an art collection of the famous artist Gustav Klimt, and having a mini picnic near one of the fountains.

Hundertwasser House
The artist Friedensreich Hundertwasser believed in free architecture without specifications and straight lines. His vision has contributed to many buildings’ design and one of them is the splendid Hundertwasser House. I was in awe of this weird yet beautiful piece of art. I highly recommend it anyone visiting Vienna since you will probably not see anything like it anywhere else. Unfortunately, the attraction cannot be reached by subway but there is a tram stop very close by.

Hofburg
The Hofburg is located at the Heldenplatz and is rich of bourgeois history. The name Heldenplatz comes from the two majestic horseman monuments, one represents Erzherzog Karl and the other – Eugen von Savoyen. From the 13th century until 1918, the Hofburg palace was the main residence of the Habsburger, who were the emperor family in Vienna.  Since its initial construction in the 13th century, the palace has expanded into multiple attached buildings, which creates some form of a maze when you first enter. Currently the Hofburg is home to the Austrian Federal President and the Organisation of Security and Co-operation in Europe.

Parliament Vienna
It is no surprise that this splendour building is at the top of my favourite things to see in Vienna. The building is so grand since it expands to 151 m long and 132 m wide and the biggest room, the pillars hall, is 1000 m2. At the time of construction, the Parliament is estimated to have cost 200 million Euro to build. As grand as the inside of the building is, the thing that caught my eye is the magnificent statue of Pallas Athene, which is located at the front of the Parliament in the middle of a fountain. Pallas Athene is the goddess of wisdom and in her right hand she holds a small figure of Nike, the goddess of victory, and in her left – a spear.

Charitable Travel donated £10 to Hope Against Cancer, in thanks for this blog post as per Antoaneta’s request.