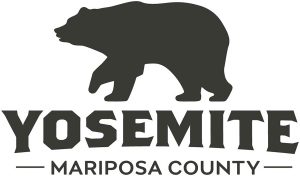 Welcome to Yosemite Mariposa County! Home to soaring granite icons such as Half Dome, El Capitan and Yosemite Falls, and some of the world’s biggest and oldest trees, the giant sequoias, as well as a wide range of native American and gold rush history that can be learned about in more than a half dozen museums.

From low elevation lakes to high elevation peaks. From the Sierra National Forest to the Stanislaus National Forest. Ziplining, skydiving, and white-water rafting. Fishing and bird watching. Wine tasting and even olive oil sampling, Yosemite Mariposa County is the home to countless activities and the best things to do near Yosemite.

Spring in Yosemite Mariposa County means two things will happen without fail. The waterfalls will rush and the Yosemite wildflowers will pop. While Yosemite and waterfalls are synonymous and need very little introduction, there’s probably a lot more to the Yosemite area’s wildflowers than you realize.

In Mariposa County, wildflowers bloom with such abundance the wildflowers that add big swatches of color to the region’s meadows, foothills and canyons and are examples of thousands of years of resilience blooming year in and year out in the Sierra Nevada area.

As the season’s first snowfall blankets the meadows and mountains, Yosemite National Park is transformed into a winter wonderland full of exciting adventures and winter activities for you and your family.

Many have the impression that when the first day of winter arrives in Yosemite, the whole place closes up tight until spring. They are mistaken, the Yosemite and its residents do not hibernate. There are notable changes in winter, but most of them add to the unique beauty of Yosemite during this special season. Much of Yosemite wears a covering of snow, and once-thundering waterfalls quiet themselves in frozen dormancy.

Activities centre on winter sports such as skiing, snow-shoeing and skating. Whether it’s skiing the slopes of Badger Pass Ski Area, snowshoeing beneath a full moon, or ice skating with Half Dome as your backdrop, you’ll find yourself reconnecting with nature and each other.

As seen in
Charitable Traveller!

As seen in Charitable Traveller!

Feeling inspired? See incredible Yosemite for yourself. Speak to one of our Travel Experts today to curate your dream trip!