Committed to fostering and promoting the education of the public in dramatic and operatic arts.
see holiday deals

The Sevenoaks Players aim to promote and foster an appreciation for the theatrical in the public eye. Their members take part in theatre productions driven by an inclusive ethos which ensures access for all.

The Sevenoaks Players are a registered charity whose aims are to foster and promote the education of the public in dramatic and operatic arts by the production of public stage plays and operatic performances. We also arrange other social activities away from rehearsals such as publicity activities for an upcoming show, fundraisers, and our annual Christmas party.

We have approximately 200 members and produce two shows a year as well as participating in local drama festivals. Our first show was HMS Pinafore in 1922 and even though we are all amateurs, we have won four NODA (National Operatic and Dramatic Association) awards since 2017.  We are entirely volunteer-led and have always been self-financing but, due to the rising costs of putting on a show, this has become increasingly difficult.

We aim to be as inclusive as possible including children, young people, adults, elderly, people with physical and learning disabilities, mental health issues, carers, students, and a variety of economic backgrounds. We help members with financial difficulties by creating a flexible payment plan in partnership with that individual and subsidising membership and show fees where possible to ensure no one is excluded due to their financial position.

Our members learn how to put on a show from start to finish with involvement in every step and are also encouraged to join in with off-stage aspects of shows including directing, choreography, stage-management, props, make-up, costumes and set building. The Sevenoaks Players brings people with a passion for theatre together, tackles social isolation and, in some cases, inspires members to pursue a career in the performing arts. For many of our members, our activities are the only times they get the chance to go out, meet people and enjoy themselves.

Previous
Next
“Many of you have heard me ranting about my negative experience with the Tunbridge Wells group before joining you for JCS. It was quite a knock for my confidence - particularly trying to perform with a hidden disability but all of you lovely people have made me feel welcome and looked out for me on the trickier days. A year ago, I wouldn't have been able to do this, let alone still be standing afterwards! This is the best and most enjoyable show I have ever done so thank you thank you thank you!” 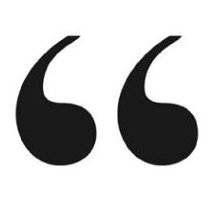 “Not many know my story. 5 years ago, I nearly died when I had my son which caused me to have severe depression for 4 years. After not singing once in those 5 years, when I saw the auditions my husband kicked my bum out the front door and I can’t thank him enough!! As well as finding an amazing group of people, I’ve found myself again! And friends for life. THANK YOU with all my heart for welcoming me and letting me join such a wonderful company! You are all truly amazing.”

“Last night was the first live theatre performance I've done in my entire life. So I just want to thank everyone on being so nice and supportive, it's been a blast! Looking forward to tonight.”

“Everyone is so welcoming and friendly. Much better experience than any other drama group I’ve been involved with.”

“Such a welcoming group of people! So so glad I have joined.”