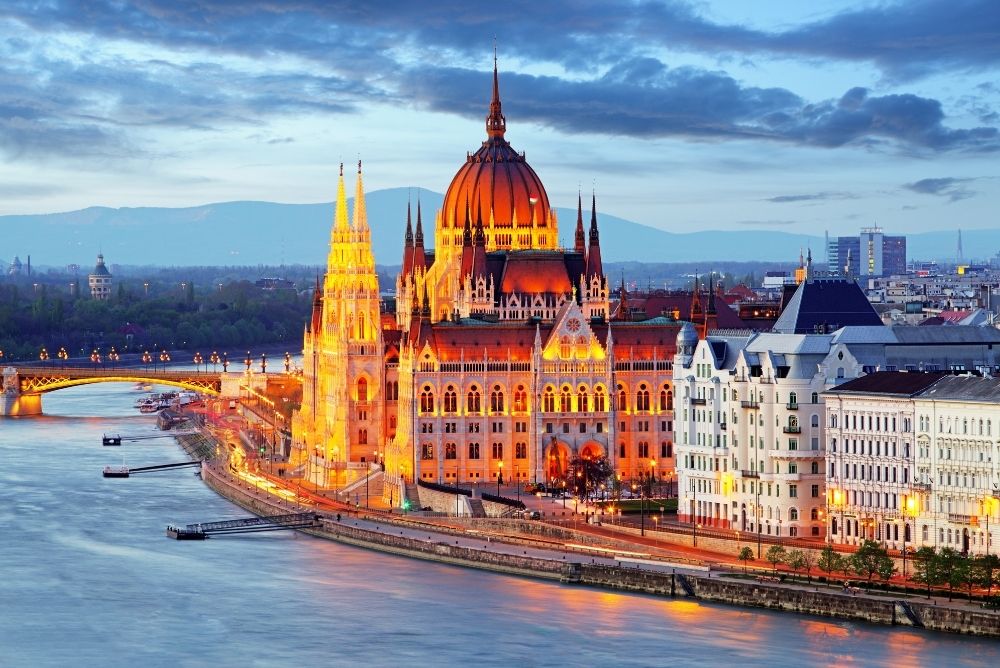 We chose Budapest for it's gothic architecture, and to experience new cultures and foods, which Budapest has plenty of.

Why Budapest?
We primarily chose Budapest as our destination for a variety of reasons. At the top of the list was for the city’s gothic architecture. We also both enjoy experiencing new cultures and new foods, something we heard Budapest had plenty of.

When to Visit?
We travelled in March. The weather was comfortable and warm, and we could get away with just wearing light jackets during the day. The temperature cooled at night but was never freezing. I would suggest visiting in the early spring months as the city was quiet.

How long to stay?
Our trip was for four days and we found this plentiful to see all the sights we were interested in and experience the city to its fullest. You could stay an extra day or longer, if you wanted to take it slower. With a strict itinerary you might even manage it in 3 days.

Getting around
Day to day exploring we did on foot, and it really allowed us to experience the city fully and find little gems hidden away. I recommend getting a local taxi to and from the airport, the prices are low and the airport itself is situated about half an hour outside of the city.

Széchenyi Thermal Baths
The thermal baths were a definite highlight of from our trip, with 18 separate medicinal hot spring baths and 10 saunas it was hard to come away not relaxed. We did this towards the end of our trip and it certainly helped with some aching muscles! For the whole day it cost around 6800 HUF, the equivalent of about £18.

Shoes at the Danube
I feel that this is an important monument to see. It marks a spot where in 1944 during the second world war, Jewish nationals were executed by fascist militiamen on the bank of the Danube River. Cast iron moulds were placed where said Jewish nationals stood in 2005. There are many attractions around the city to visit in relation to this period of history such as memorials and the Holocaust Memorial Centre.

Labyrinth
For the minds of the more macabre, I highly recommend the Labyrinth that is situated at the top of Budapest, underneath Buda Castle. To get there the best mode of transport would be the tram, not only is it a fun, interesting way to get you up the cliff, but you get amazing views over the city as you go. The Labyrinth is an underground cave of tunnels and rooms and is supposedly where Dracula was imprisoned and tortured. It is dark and mysterious down there and special effects are used (fog machines and audio sound) so a phone torch will come in handy!

Food and Drink:
The food also didn’t disappoint. I would highly recommend indulging in the city’s traditional foods such as Goulash and Chimney cake. For decent prices and overall quality, you should research and look for small, local run restaurants and street stalls for the best experience.
For a slightly more upmarket meal, the Robinson Restaurant in the City Park is definitely worth a visit. The pricing is moderate, but the food is worth the slightly higher bill. One of the favourite things that we did was sitting outside next to the riverbank at the Anonymous Restaurant (situated next to Vajdahunyad Castle) and enjoy a glass of Hungary’s popular beer, Dreher.

Call us on 020 3092 1288 or email [email protected] to enquire about your own Hungarian adventure today! Don’t forget, book with Charitable Travel and 5% of your holiday price is donated to charity! Read more here.