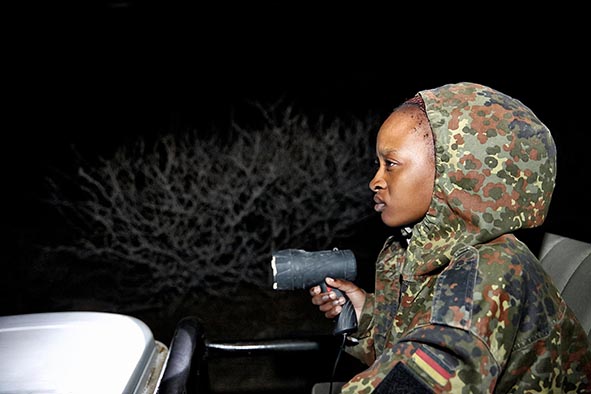 Guns and ammo aren’t the only answer to Africa’s poaching crisis; the all-female Black Mambas anti-poaching unit are taking a community approach and winning hearts as well as battles

South Africa’s first all-female anti-poaching unit are supported by UK charity, How Many Elephants, who describe them as ‘protectors, educators and beacons of hope’. Armed with just pepper spray and handcuffs, they patrol the hunting grounds of armed poachers.

The Black Mambas patrol the 62,000 hectare Balule Nature Reserve, one of many private reserves that make up the Greater Kruger National Park, which is 3% of South Africa but holds much of its Big Five wildlife – the draw card for tourists.

They were founded in 2013 out of a need to protect the rhinos but have become a platform to promote the protection of other animals, including elephants.

The Black Mambas’ founder Craig Spencer had a plan to make the Greater Kruger National Park the most difficult, undesirable and risky area to poach; but also to nurture a sympathetic community on its borders – allies to the park who would feel patriotic about its inhabitants. To do this he knew he had to address the social, cultural and economic influences of poaching as well as getting boots on the ground to help armed units.

“Just trying to shoot them off the land doesn’t work, they come back stronger,” says Craig. “We wanted to address the false economy that poaching creates – because the animals will run out – but also the moral decay. It’s about the young children who think: ‘why would I go to school when I can get a BMW if I sell a rhino horn?’ We needed locals to value the landscape like the French value the Eiffel Tower.”

When Craig approached the local council to find his team, the chief gave him a list of unemployed men and he had to explain that he wanted women for the job. Even the women questioned their capability at first. They came to the interview dressed in their best clothes to impress but when they were told what the job involved they wondered if they could do the training, carrying backpacks for 20km in 45-degree heat.

“I asked them how they gathered water and firewood,” says Craig. “They were doing it already – often carrying three 20kg water cans – so I said: let me finish your training and give you a uniform.”

The women went through survival training as well as fitness drills. The Black Mamba’s objective in the bush is monitoring, detection and crime prevention so they may have to follow tracks or take up surveillance, with no time to top up food or water supplies.

One of the most important jobs they have is managing snares. These indiscriminate traps, often set to procure bush meat rather than ivory or horns, kill more animals than poachers’ bullets. Even a thin piece of wire can cut into an elephant’s tendon and can mean an agonising and slow death. The women’s patrols dramatically improved snares almost overnight 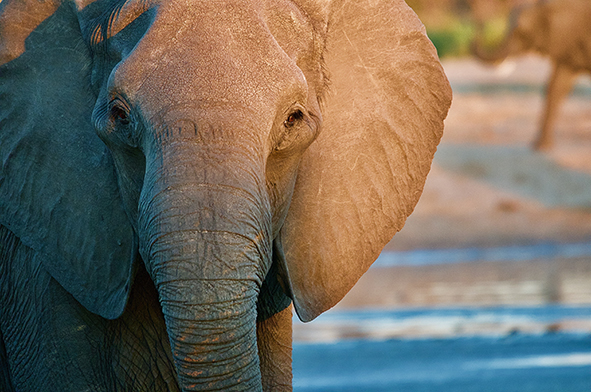 When the women aren’t patrolling, searching for snares or in the operations room monitoring camera traps, they are in the communities gathering intelligence 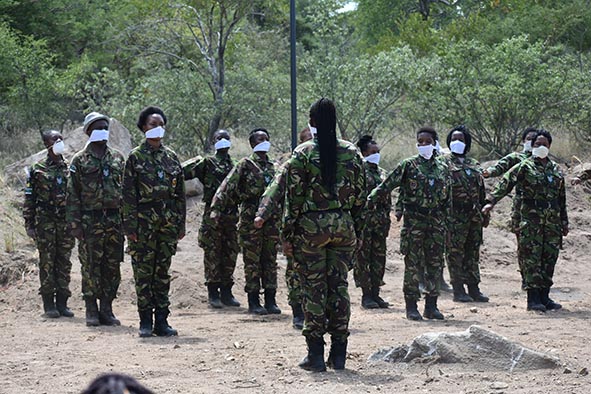 Since Covid-19 arrived in Africa the bush has fallen silent. No vehicles move through the arid landscape and those employed by the safari industry are without work

The Black Mambas are a landscape disruption force, their very presence acting as a deterrent and forcing a change in poacher behaviour. The majority of rhino poaching in the area was once done during the full moon, but increased patrolling now means hunters have to use sub-optimal conditions where they risk being trampled or detected.

When the women aren’t patrolling, searching for snares, or in the operations room monitoring camera traps, they are out in the communities gathering intelligence and monitoring suspicious activity.

The Black Mambas know their beat and they know the locals – they can identify when a vehicle or person is acting suspiciously. Their work led to the removal of a corrupt railway guard who was helping poachers enter the area. Their road-blocks have confiscated snares and weapons, such as guns fitted with homemade silencers made from old torches stuffed with pot scrubbers.

The camouflage-clad Black Mambas are the eyes and ears on the ground and they mean business but they are not just there to police, they are there to win hearts and minds. As sisters, mothers, aunties, wives, and now breadwinners, they command respect in their communities.

“We are role models,” says No Cry. “To the young children but also to our family – sisters and brothers – they see us as heroes because we protect the wildlife.”

The charm offensive really kicked off with the Bush Babies project, set up by Black Mamba, Lewyn, who had always wanted to be a teacher. Lewyn wanted to engage young people but she had to start by improving the under-funded classrooms, where children often had to share chairs. The Black Mambas sourced new furniture, added ceiling fans and painted walls to create cheerful classrooms. They now work with 10 schools covering 1,300 kids and have 36 lesson plans approved by the school boards. They even offer field trips into the bush.

“We go into primary schools to teach children about the environment but also to tell them that we cherish life,” says Felicia. “We don’t want to live in communities with widows and orphans, that is why we are un-armed, but we teach them that poachers risk being killed.”

Since Covid-19 arrived in Africa the bush has fallen silent. No vehicles move through the arid landscape and those usually employed by the safari industry are without work. The highly skilled rangers usually occupy the crepuscular times of the day and help by reporting the location of animals and anything suspicious.

The long-term worry is that without the money from tourism, locals could go back to poaching. But, Craig points out, there is a big difference between someone hacking the face off a rhino to sell it and someone trying to catch impala to feed a starving family and he doesn’t want to put the latter in prison.

“It’s frightening that this bug from Wuhan can bring an industry to its knees in days,” says Craig.

The Bush Babies have identified 90 vulnerable families and delivered food parcels to them. Meanwhile, the Black Mambas are still working – removing snares, camping out with rhinos, showing that working for wildlife, not against it, pays.

The Black Mambas are now in their eighth year of operation and on their fourth intake with 33 in their ranks, but it’s not been without its challenges. Craig is loath to point out that other countries that followed the model have been accepted much quicker and says that it’s the white South Africans (like him) who are the biggest hurdles. 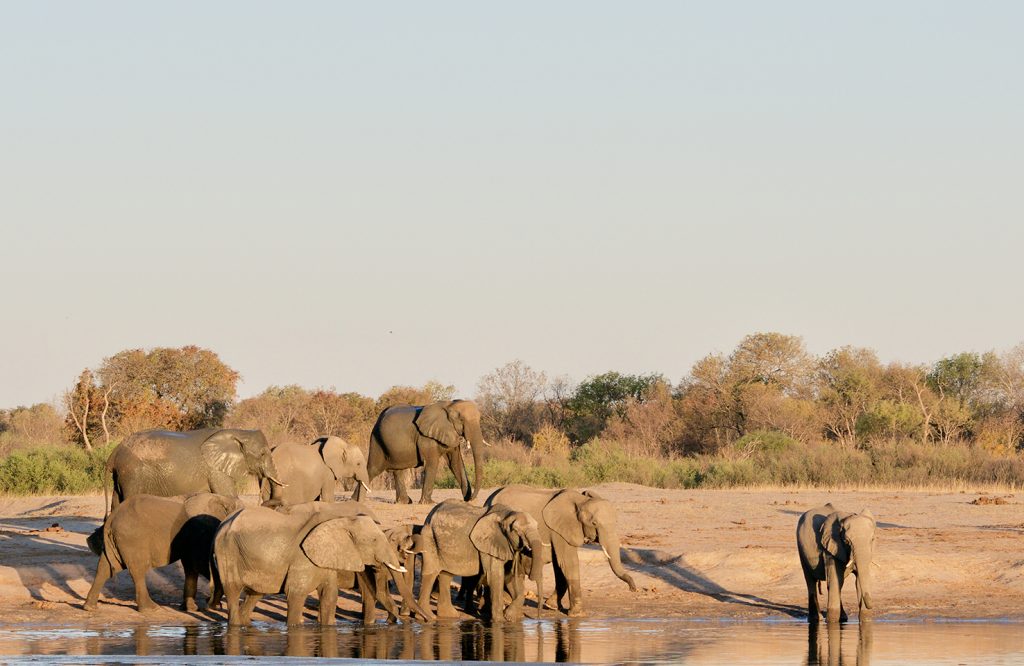 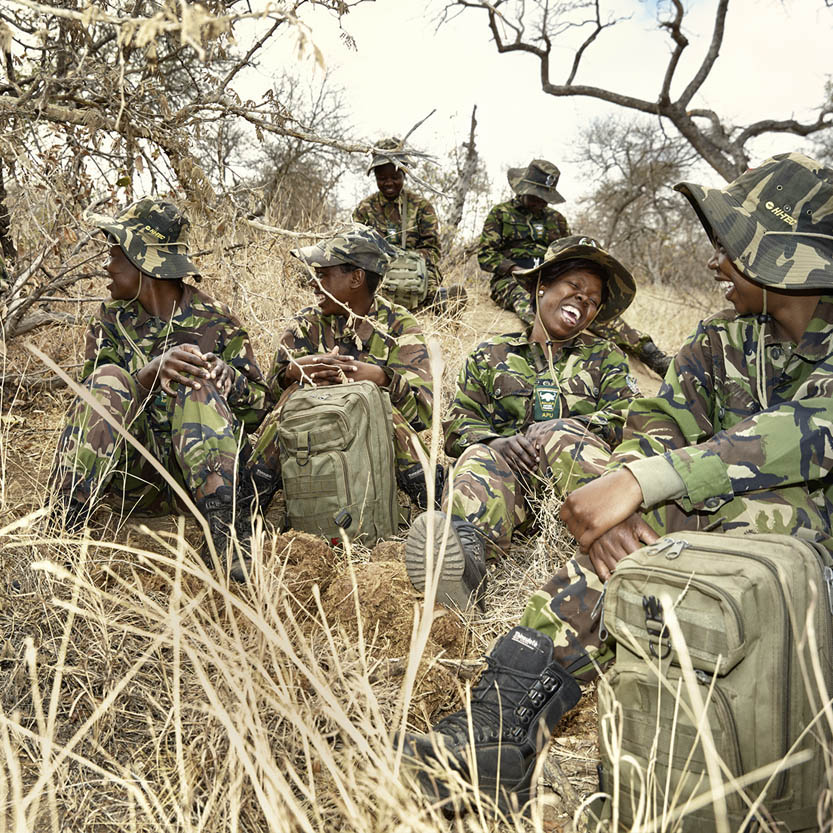 “It’s an old industry and a colonial philosophy still exists,” he says. “They can’t comprehend that an African woman in a uniform can perform just as well as a man, or better. It irritates and upsets me because they do the same level of training and they are deployed in a much more dangerous interface because they are not armed – yet someone with a gun is paid more. It’s an injustice we will fix.”

But their approach really is working. Independent studies have shown that residents of all four of the Black Mambas’ target communities now value wildlife and protected areas and compared to regions using only the militaristic approach or a combination of that with de-horning, the Black Mambas’ have fewer losses.

“We can’t claim victory but we have our fingers in the dyke,” says Craig.

It’s a system that exists in harmony with tourism – a smiling Black Mamba is easier for a game ranger to articulate to a safari tourist from Norway than a military roadblock or a machine gun-wielding commando, Craig explains.

The women work long hours but they have family support. “Our kids understand, says Collet. “We explain that we are doing it for the world but for them too. We don’t want them to see the animals just in postcards.”

The biggest challenge lies ahead. With the lodges closed, the future is uncertain. But perhaps the Black Mambas’ biggest success is the empowerment of the women and by extension the community, which translates to long-term sustainability for people and wildlife.

Collet says: “We take care of our children and parents and we are the breadwinners which gives us respect. We have respect for each other and we respect the wildlife.”

A word from Holly...

How Many Elephants founder Holly Budge spent time with the Black Mambas and was inspired by their camaraderie and nurturing spirit: “Their job has empowered not only them personally but their families, their communities and beyond, she said. “They are changing attitudes towards the role of women in Africa and beyond.”

Holly uses her background in design to show, without any gore, how 35,000 elephants are killed every year in Africa. Watch Holly and the Black Mambas here. 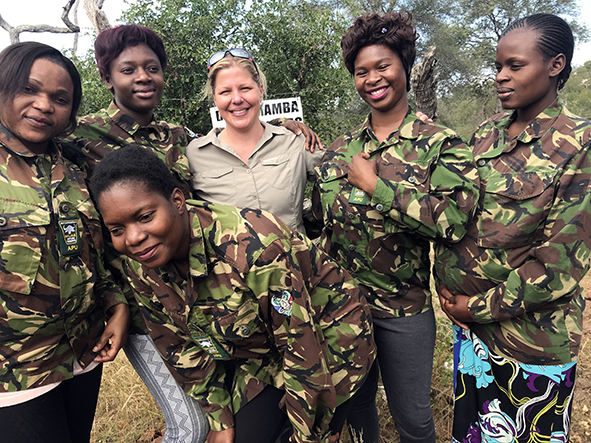 Support female rangers
The Black Mambas are one of the initiatives supported by British charity How Many Elephants, founded by adventurer and conservationist Holly Budge. They have raised over £400,000 to stop poaching.

This is a feature from Issue 1 of Charitable Traveller. Click to read more from this issue.