For the LGBTQ+ community, being made to feel welcome when you're on holiday is not always taken for granted. Here's our round-up of some of the world's countries that embrace queer culture in their own unique way

This is a feature from Issue 11 of Charitable Traveller. Click to read more from this issue.

In a region that is notorious for being one of the least gay-friendly places in the world, Israel stands out like a rainbow beacon. Tel Aviv is at the centre of the country’s LGBTQ scene and thanks to its ingredients of hip, cosmopolitan city plus beach, it’s actively promoted as a queer-friendly holiday destination. Hilton Beach, just under the Hilton Hotel, is one of the city’s LGBTQ hotspots, a vibrant and buzzing stretch of sand crammed with tanning bodies, volleyball players and windsurfers. Not far from cosmopolitan Rothschilde Boulevard, with its Bauhaus buildings and al fresco cafes, Shpagat Tel Aviv is one of the city’s most famous gay bars, serving coffee by day and cocktails by night, with DJs on the decks. Tel Aviv Pride takes place in June, culminating in a joyous, kaleidoscopic festival of music and performances attended by tens of thousands of revellers. 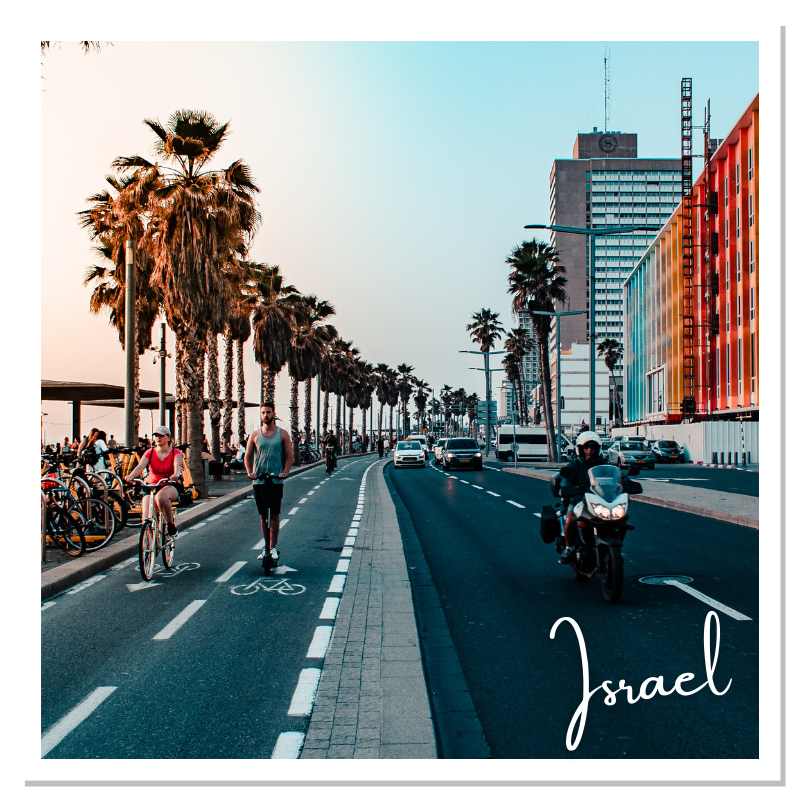 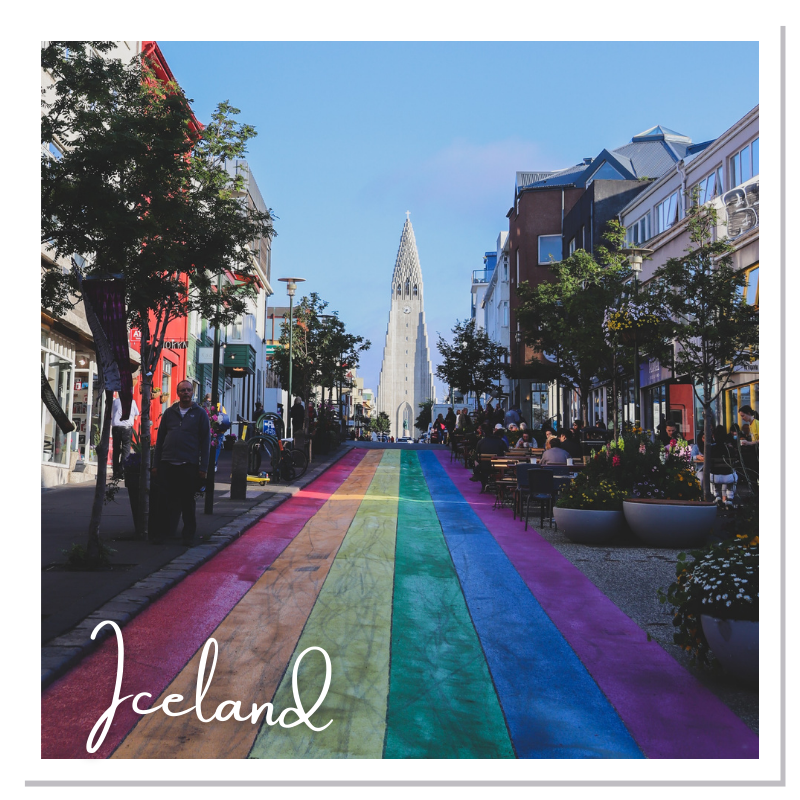 This is a country that had the world’s first openly gay head of parliament – Jóhanna Sigurðardóttir, who was voted in back in 2009. Laugavegur Street is the capital Reykjavik’s LGBTQ centre (but venues across the city are inclusive) and is home to the rainbow-fronted Kiki, the city’s oldest gay night spot. Other LGBTQ venues include Curious, a queer-friendly space with a café and restaurant serving vegan dishes, and lesbian-owned Ida Zimsen, a cosy café/bookstore/gift shop. Iceland’s entire population is less than 400,000 but it’s overwhelmingly accepting of the LGBTQ+ community.

With one of the most famous LGBTQ events in the world – the Gay and Lesbian Mardi Gras Parade – Sydney, and Australia in general, has always been a destination of diversity. From the city centre to the suburbs, Sydney has many colourful communities celebrating gay, trans and queer culture. Collingwood and South Yarra in Melbourne, Fortitude Valley and New Farm in Brisbane and Northbridge in Perth also have buzzing LGBTQ communities.Sydney’s Oxford Street is closed to traffic for one day every March when the legendary glitter-drenched Mardi Gras sweeps through, but cafes, bars, late-night clubs and shops sport rainbow flags year-round. Melbourne’s equivalent event is the Midsumma Festival, which stretches for 22 days in January and February. In 2023, Sydney is hosting the first-ever WorldPride in the Southern Hemisphere! 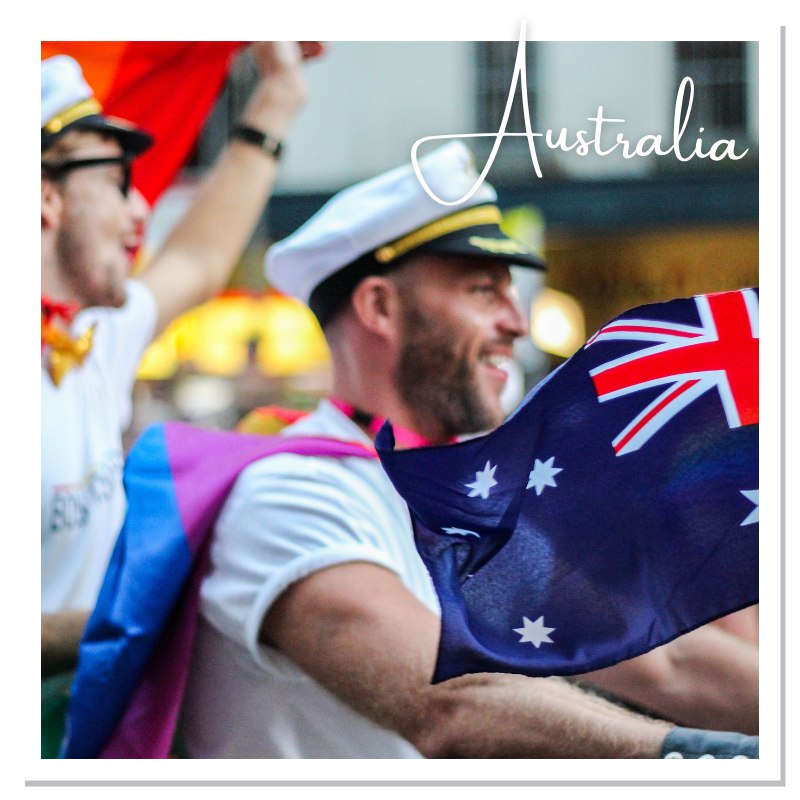 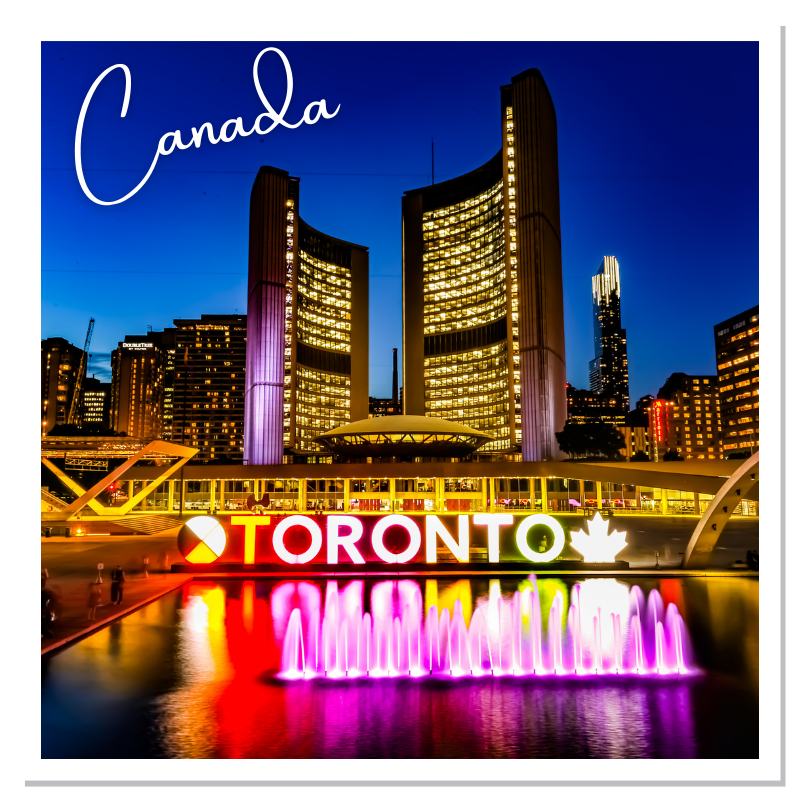 Canada is easily the most progressive nation in the Americas when it comes to LGBTQ+ rights. Toronto is Canada’s largest city and has a vibrant gay scene that even its straight prime minister has got involved in – Justin Trudeau was the first PM to take part in the city’s annual gay pride parade in 2016! The Village, located in the city’s Church-Wellesley area, is the hub of LGBTQ Toronto, where brightly-painted buildings are fronted with fluttering rainbow flags. The area is stuffed full of galleries, theatres and gay-friendly businesses. Don’t miss Glad Day Bookshop, North America’s oldest surviving gay and lesbian-focused bookstore; a drag show at Crews & Tangos, and a drink at Woody’s, the Village’s most famous gay bar. Vancouver’s queer community is concentrated in two distinct neighbourhoods – Davie Village, home to many gay bars, and the bohemian Commercial Drive, an area bursting with alternative boutiques, tattoo parlours, bars, restaurants and theatres. And in Montreal, Le Village is actually the largest gay community in North America. It mixes the city’s unique Victorian architecture with eye-popping boutiques and funky bars and cafes

Malta topped the European Rainbow Map Index (a measure of how friendly European countries’ laws are with the LGBTQ community) for the seventh year in a row this year. In 2016 it became the first country in the European Union to ban conversion therapy and for trans and intersex people it has some of the strongest rights in the world. The island’s gay scene is strong too. The main place to party is Paceville in St. Julian’s (home to island’s biggest gay club, Michelangelo), but the honey-stone capital Valletta has the largest number of LGBTQ bars and clubs – like 1920s prohibition-style cocktail bar the Thirsty Barber and Maori, a lesbian-owned bar on the waterfront which hosts queer dancing nights and is a hangout for local artists, poets, and musicians. Malta Gay Pride takes place in September and encompasses everything from pride football tournaments to street parades. 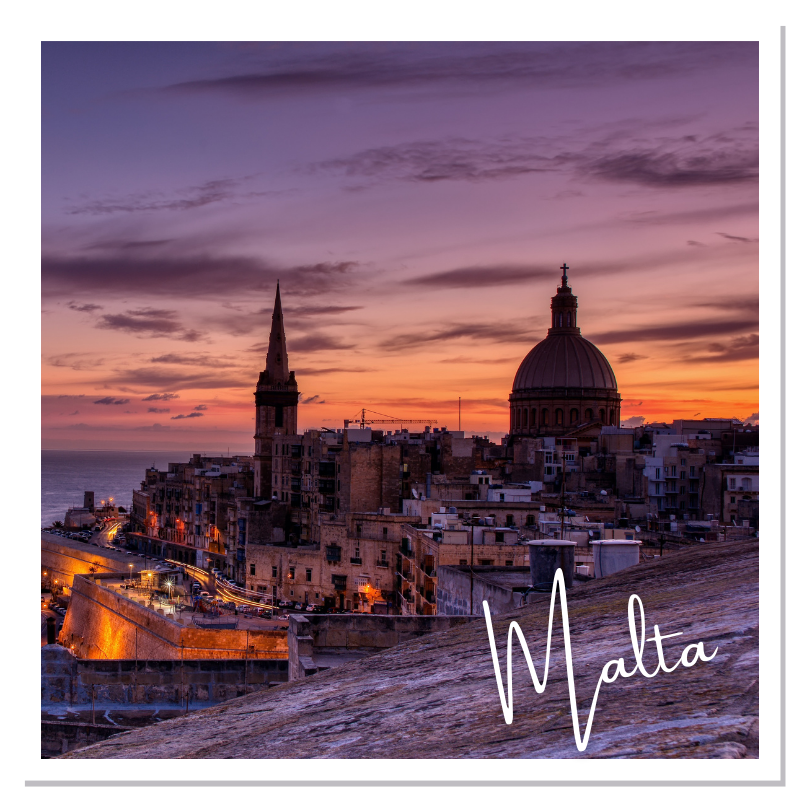 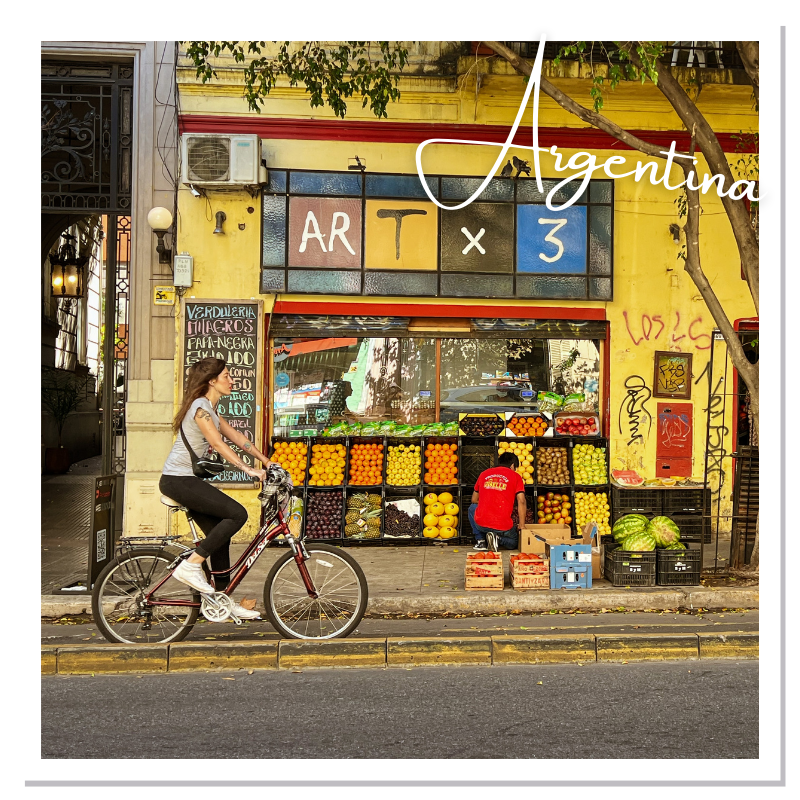 The first country in Latin America to legalise same-sex marriage (in 2010), Argentina also has some of the world’s most progressive attitudes when it comes to transgender rights and most recently recognised a third gender on identity documents for people who identify as non-binary. Leafy and artsy Palermo is considered to be the main gay area of the capital Buenos Aires, but there are LGBTQ-friendly venues across the city. Going to see – or dance – the tango at a queer tango milonga is a must. These LGBTQ-friendly versions of the traditional dance hall show that gender doesn’t trump free expression when it comes to this sultry dance. There are also smaller gay scenes in Mendoza, Córdoba, Puerto Madryn and Rosario – Mendoza even has a gay grape harvesting festival.

Thais are famously accepting of same-sex relationships and the country has a large and open transgender community. Bangkok is  Thailand’s LGBTQ epicentre and Silom Street is the pulsing heart. Down Silom Soi 4 there are myriad bars – everything from outrageous drag shows to karaoke. Revellers start here before heading to Silom Soi 2 and the biggest gay dance club, DJ Station.  Down south, Phuket island’s rowdiest resort Patong is full of speedo-clad guys and raunchy shows.
More outrageous still is the beach resort Pattaya, home to the famous cabaret Tiffany’s Show, which also hosts two renowned beauty pageants for drag queens and transgender women: Miss Tiffany’s Universe and Miss International Queen. Close by, Koh Samet island is a great place to unwind in peace. 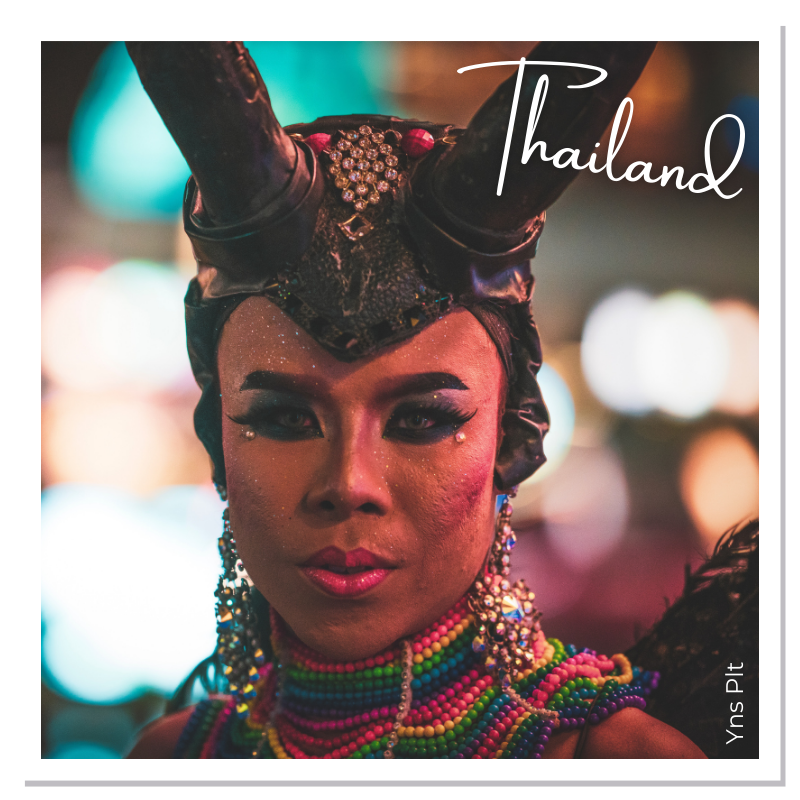 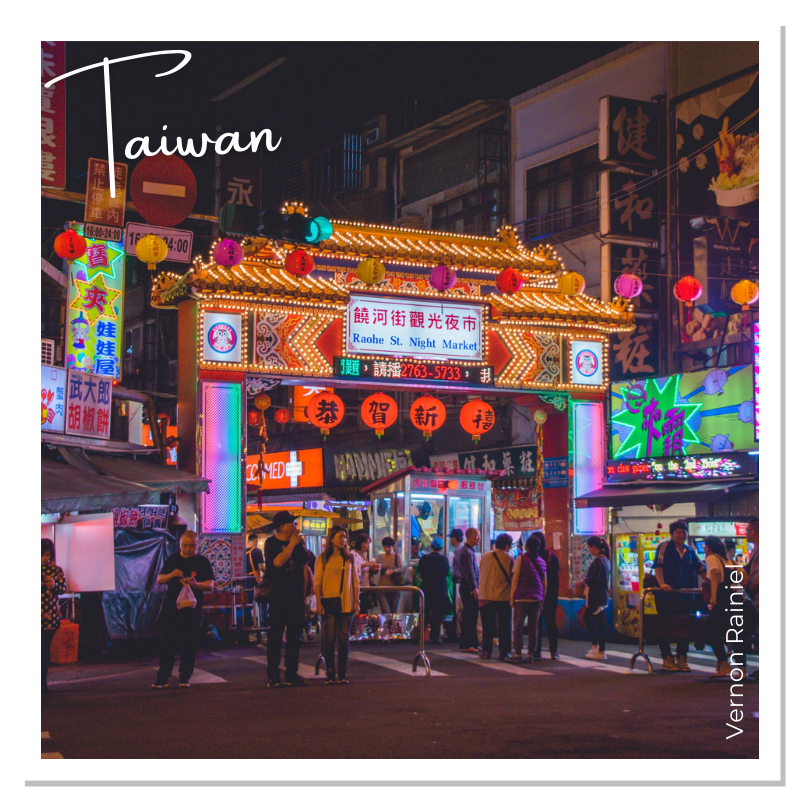 The first place in Asia to legalise same-sex marriage (in 2019) this disputed Pacific island is still conservative in parts but its capital, Taipei, has a thriving gay scene. Trans rights are also streets ahead of other Asian countries. Audrey Tang, Digital Minister of Taiwan, is the first openly trans government minister in the world. The Red House in Taipei’s Wanhua District >is effectively the city’s gay village. Formerly a public market, the historic building is bursting with gay bars, cafés and restaurants with outdoor terraces. Taipei Pride is the largest gay festival in Asia, taking place in October along with the Mr Gay Taiwan pageant. The city’s Rabbit Temple is described as ‘the world’s only shrine to homosexuals’ and is dedicated to the Chinese god Tu’er Shen who manages same-sex love and relationships

While Africa lags behind other continents when it comes to the acceptance of LGBTQ people, South Africa is happily setting an example. Nelson Mandela set the wheelsin motion by introducing the first-ever constitution to prohibit discriminationon the grounds of sexual orientation. In 2003 the country gave citizens the right to change gender legally and in 2006 gay marriage was introduced. Cape Town and Johannesburg have the largest LGBTQ communities. Somerset Road – or ‘The Strip’ – runs through Green Point and De Waterkant in Cape Town and is lined with about 100 LGBTQ- friendly venues and bars that thrum into the early hours. Beefcakes is a 1950s-style diner boasting great burgers and a side of stand-up comedy, drag queens, and ‘bitchy bingo’ evenings. Johannesburg Pride is the largest and most established on the continent. 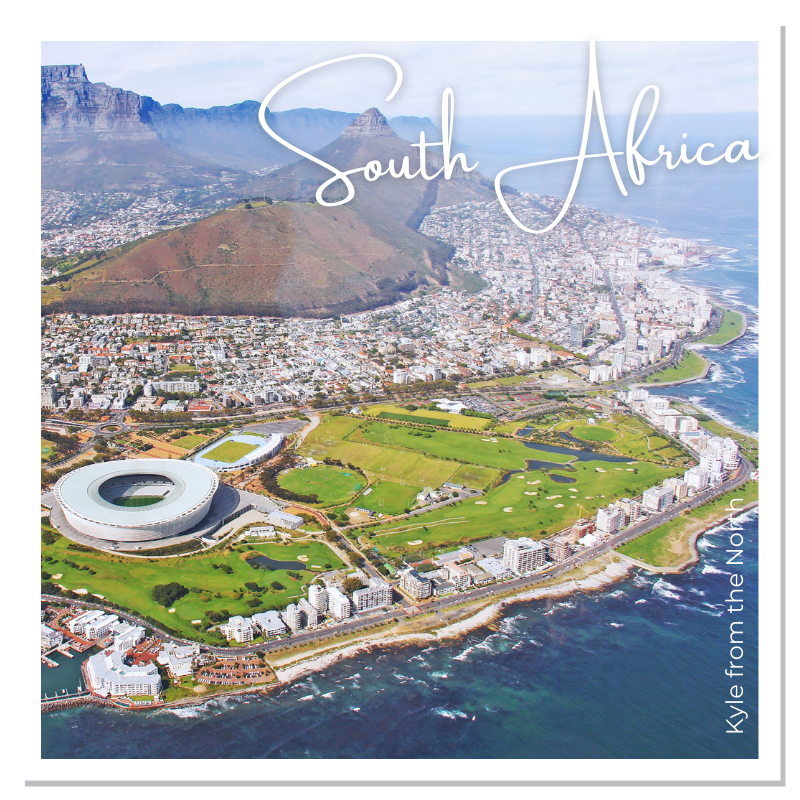 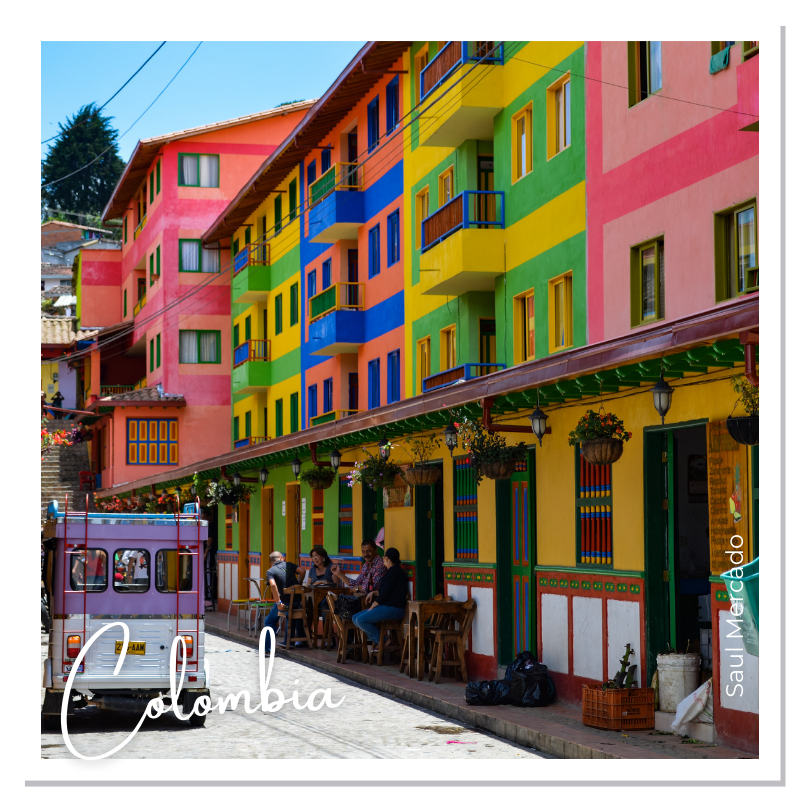 Colombia’s gay and trans rights are some of the most advanced in the Americas. Same-sex marriage was legalised in 2016, there are laws against discrimination based on sexual orientation and since 2015 Colombians have been free to change gender without medical or psychological examination.Capital Bogota has the country’s biggest queer scene, centred in the Chapinero area which hosts the 5,000-capacity Theatron, purportedly the biggest gay club in Latin America. Medellin, the so-called city of eternal spring has transformed from a place of drug wars to one of the flower festivals and a substantial gay scene, in buzzy El Poblado. Cali (Colombia’s salsa capital) and Caribbean Cartagena also have LGBTQ-friendly communities and Barranquilla’s world-famous carnival has a dedicated parade for LGBTQ revellers.

This huge country is a mass of contradictions, encompassing some of the most gay-friendly places on the planet alongside places where homophobia and transphobia is rampant. The disparity is such that the Spartacus Gay Travel Index, which ranks the legal situation and living conditions for members of the queer community, published a separate guide for U.S. states. In 2021, California, Illinois, Colorado , Nevada and New York made up the top five. San Francisco and New York City’s gay scenes are legendary (the Stonewall movement started in the latter’s Greenwich Village). Less known ‘gaybourhoods’ are found in Miami and Fort Lauderdale in Florida, Provincetown in Massachusetts, The South End in Boston, West Hollywood in LA, Boystown in Chicago, Capitol Hill in Denver and Philadelphia’s Gayborhood. 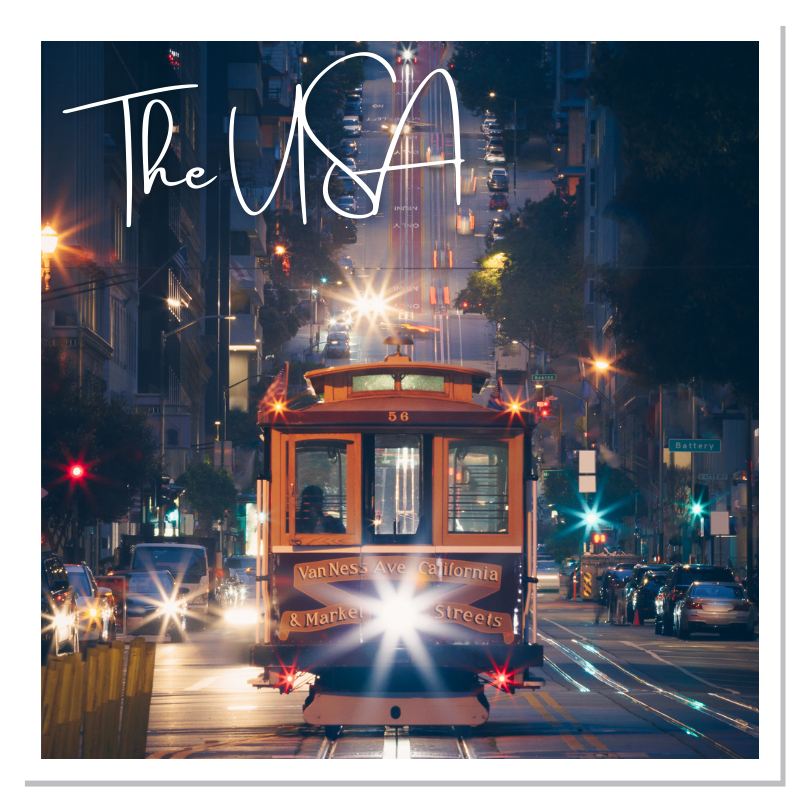 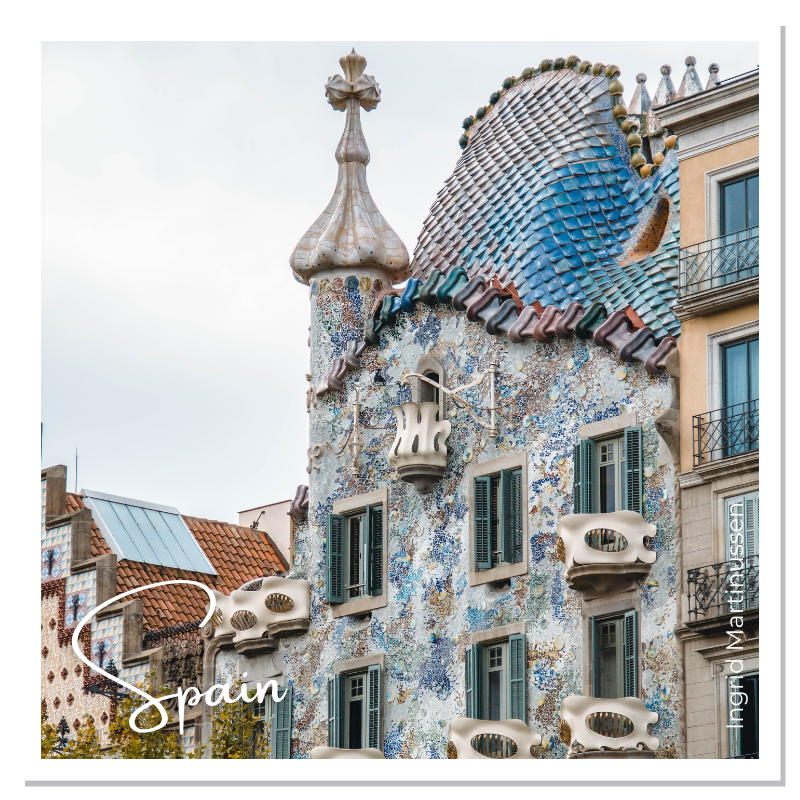 The third country in the world to legalise gay marriage (in 2005), a year later Spain passed laws that allow transgender people to change their gender in public documents without having to undergo any surgery. The capital Madrid has a huge LGBTQ community, concentrated in Chueca which is packed with gay bars and nightclubs. Every July Madrid hosts the largest gay pride in Europe, Orgullo, drawing a crowd of nearly two million people. In Barcelona’s Eixample area of the city is Gaixample, where the majority of the gay bars and clubs are and the rainbow flags fly all year round. Sitges, just down the coast from Barcelona, is a beach town that is one of the world’s most popular gay travel destinations.

This is a feature from Issue 11 of Charitable Traveller Magazine. Click the button below to read more from this issue.