If you’re short on holiday time or want a change from the usual stint on the beach what better alternative than to take time out to explore the world’s cities or treat yourself to a few days on a short break, indulging your favourite activities, tasting some new cuisines and restaurant fare, experiencing some different nightlife or music venues, or just simply to have a change of scene and pace for a few days. At Charitable Travel we can help you make the most out of limited days of holiday time and show you the most rewarding destinations for a city or short break.

Cities in Europe offer wealth of experiences and cultures as well as being easy to travel to and explore. At Charitable Travel we particularly recommend the Italian cities of Rome, Florence and Venice famous not only for their historic architecture, richly endowed museums and galleries, but also for their ambiance of cafe culture and street scene where people-watching is all part of the city break experience. Equally many Spanish cities offer great venues for a stroll to take in the local colour and atmosphere such as Las Ramblas in Barcelona, Retiro Park in Madrid or crossing the Roman Bridge of Cordoba.

Another reason to inspire you to take a city break might be the many cultural events, festivals and lively nightlife on offer. At Charitable Travel we know when the most interesting events are happening such as being in New York City on St. Patrick’s Day or for New Year’s Eve to experience the colourful parades and celebrations taking place. Alternatively, enjoy more local events such as the Citrus Festival in late February at Menton, France celebrating all things citrus, or take part in Basle’s Carnival in Switzerland, an event dating back to the 14th century. You don’t have to visit during festival time to enjoy great nightlife either. We’d recommend Amsterdam for its music venues and traditional brown cafes, Paris for its many evening shows including of course the famous Moulin Rouge, and even Las Vegas for an all-encompassing city break of world-class shows, bright lights, glitz and glamour.

Further afield a city or short break with Charitable Travel can take you to some less expected destinations but still practical and rewarding for a short time away. Ideas to inspire include Abu Dhabi, now boasting the new Louvre Abu Dhabi amongst its architectural marvels, or neighbouring Dubai, perhaps the world’s fastest growing city and famous for its towering Burj Khalifa, the world’s tallest building. The Baltic cities of Tallinn, Riga and Vilnius also may be cities that you have not considered previously but all of which reward the short break traveller with medieval squares and alleyways, old historic churches, and tempting local markets with street food and delicacies. 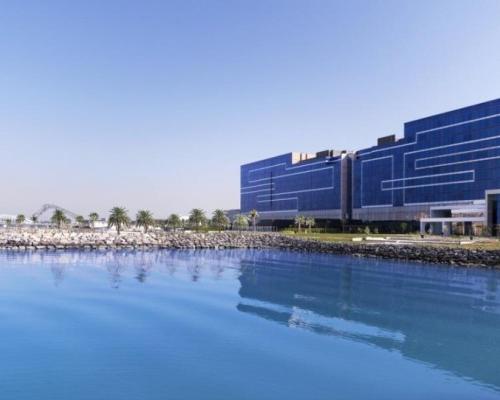 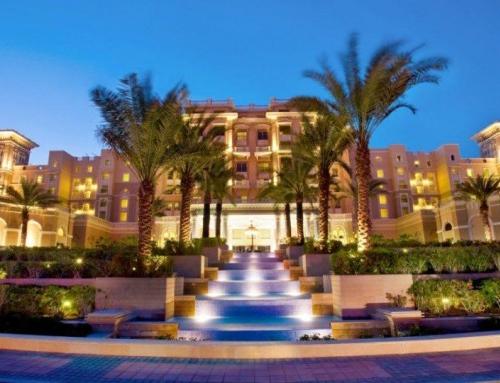 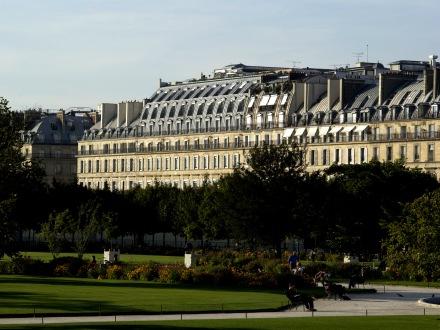 Le Meurice - Paris The addition of this fine 'palace' hotel compliments our range of deluxe properties in Paris perfectly. Le Meurice is located in the heart of the city and is just a short stroll from famous...
More »
Make enquiry
More info 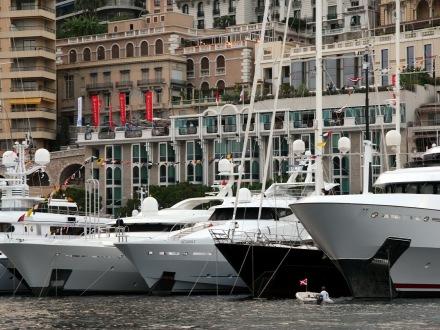 Port Palace - Monte Carlo Ideally located a few steps from the Place du Casino, the Port Palace is perfect for those looking for a boutique hotel experience and contemporary luxury. All of the 50 spacious rooms a...
More »
Make enquiry
More info 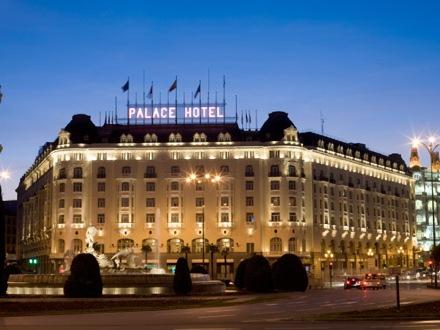 Westin Palace Hotel - Madrid Located in the heart of the city, close to the Prado Museum and Parliament. Grand and stylish, and with a very Spanish feel, the Palace has been beautifully restored as Madrid's most fashio...
More »
Make enquiry
More info 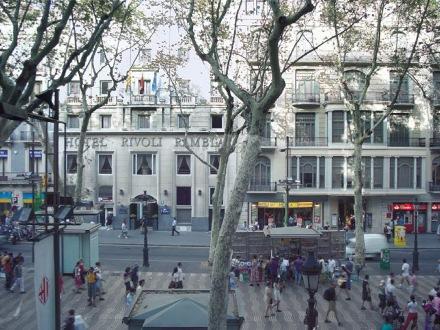 Rivoli Ramblas - Barcelona Since it opened in 1989, regular guests at this fashionable hotel have appreciated its wild murals, Art Deco furnishings and the original paintings which adorn the walls on every floor. Be...
More »
Make enquiry
More info 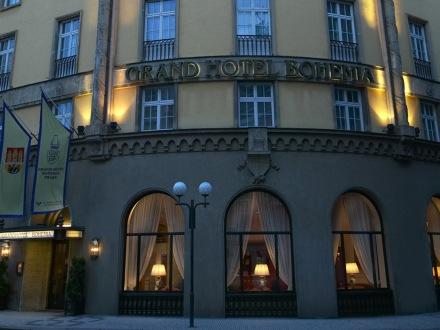 Grand Hotel Bohemia - Prague Austrian owned and managed, the Grand Bohemia has a great location in the old city centre, close to the Powder Tower. Built in 1925, headquarters of the KGB from 1945-1989, and reopened ...
More »
Make enquiry
More info 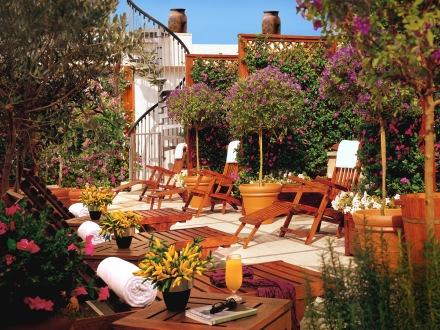 Dei Mellini - Rome One of the city’s most fashionable first class hotels, the Dei Mellini is very well located in a quiet street a few steps from the river; the Vatican is 20 minutes’ wa...
More »
Make enquiry
More info 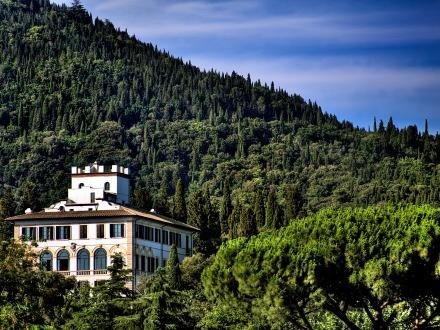 Il Salviatino - Florence Il Salviatino, a beautiful privately-owned Renaissance villa dating back to the 15th Century opened its doors to guests in April 2009 and is set to quickly establish itself as one of Floren...
More »
Make enquiry
More info 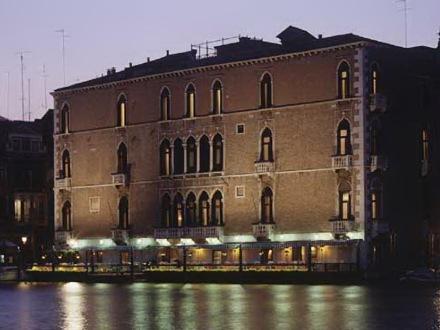 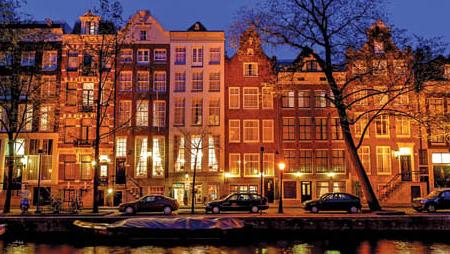 Ambassade Hotel - Amsterdam Enchanting authenticity on Herengracht Located on the waterfront of the beautiful Herengracht, or Gentleman’s, canal, and dating back to the 17th century, Amsterdam’s Golden Ag...
More »
Make enquiry
More info 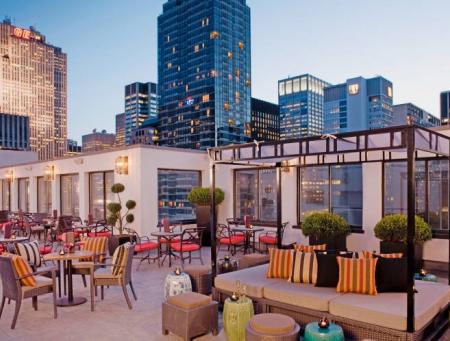 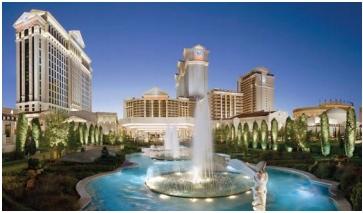 5* Caesars Palace - Las Vegas Located adjacent to the Bellagio, Caesars Palace is a truly stunning property in a superb position at the heart of the Strip, with some of the best designer shopping in Las Vegas! One of th...
More »
Make enquiry
More info 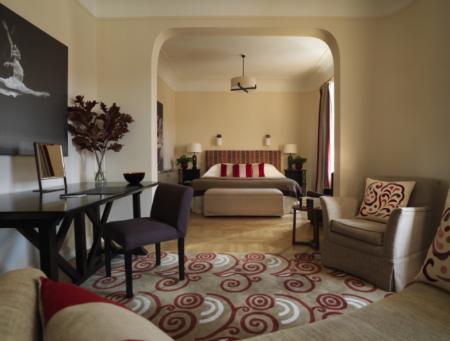 Astoria - St Petersburg Lovingly restored by Rocco Forte Hotels, the Astoria has been at the centre of the City’s history since it opened in 1912. Legend has it that Hitler sent out invitations to ...
More »
Make enquiry
More info 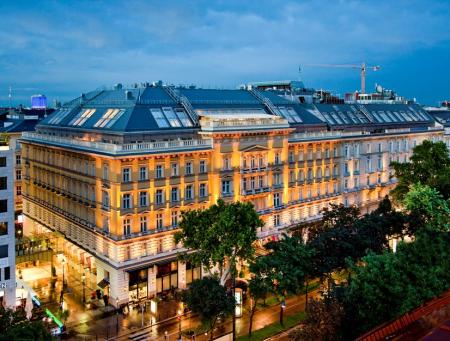 Grand Hotel Wien - Vienna This fine hotel stands on the Karntner Ring in the centre of Vienna, a few yards from the Opera House and a ten minute stroll from St. Stephen's Cathedral. A member of 'The Leading Hot...
More »
Make enquiry
More info