Do you watch James Bond for the locations as much as the man himself? Here are some 007 destinations for your eyes only…

The 25th James Bond film is out in cinemas next April and promises the usual over-the-top action – fast and furious car chases and thrilling fights with deviant villains – but for many viewers the film locations are just as anticipated.

Since the 1960s, Bond’s missions have inspired viewers to seek out exotic locations all over the world. Following in his footsteps usually makes for an exciting trip – how about scuba diving with sharks in the Caribbean, hiking up a volcano in Japan or skiing down the French Alps? Or just glam up and enjoy a naughty weekend of martini-fuelled fun in an opulent European hotel. Here are some of Bond’s favourite destinations…

Jamaica, where it all began

At the start of new film, No Time to Die, Bond is trying to retire (again) in a lavish Jamaican villa. It’s a nod to Bond’s creator, the novelist Ian Fleming, who loved Jamaica and wrote all of the 007 books from his estate which he named Goldeneye. Fleming’s original villa is available for stays. It sleeps ten and is tucked inside a lush, tropical garden, with its own private beach and a team of staff to wait on you, including a butler, of course.

But the ultimate Bond location on the island has to be where ‘that’ scene in Dr. No was filmed, when the tantalisingly-named Honey Ryder (Ursula Andress) emerges from the sea in her white bikini. She’s not on Crab Key (which doesn’t exist) but in the turquoise waters of Ocho Rios. The explosive car chase where Bond is being pursued by Dr No’s assassins, the Three Blind Mice, is in the Blue Mountains.

In the later film, Live and Let Die, voodoo-worshipping baddie Baron Samedi performs in a nightclub in the fictional nation of San Monique but he’s in Jamaica, in the lovers-only resort of Couples San Souci. 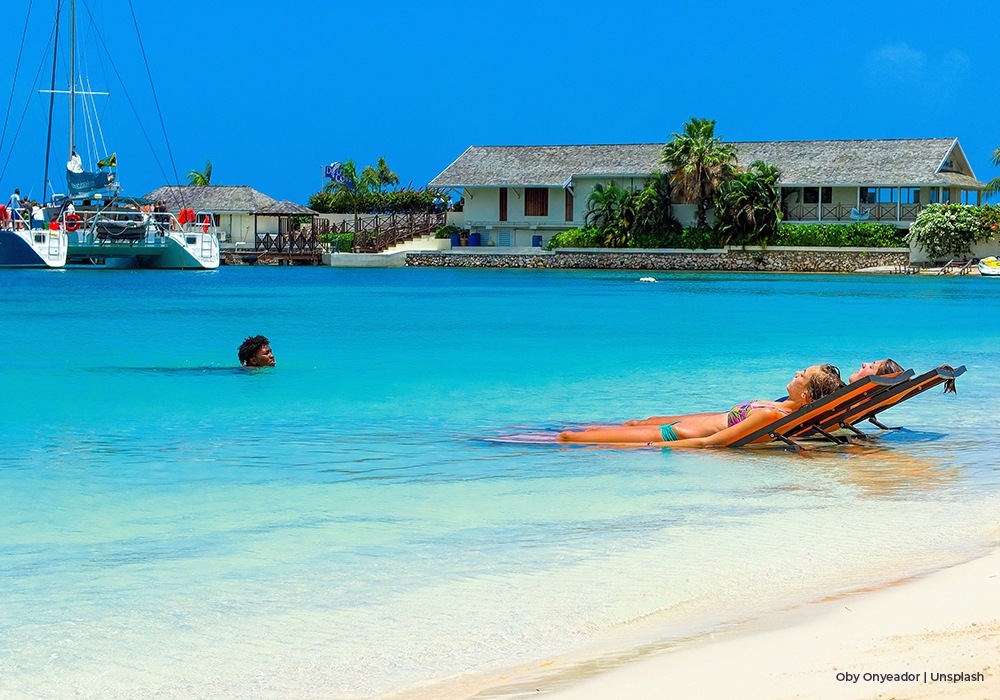 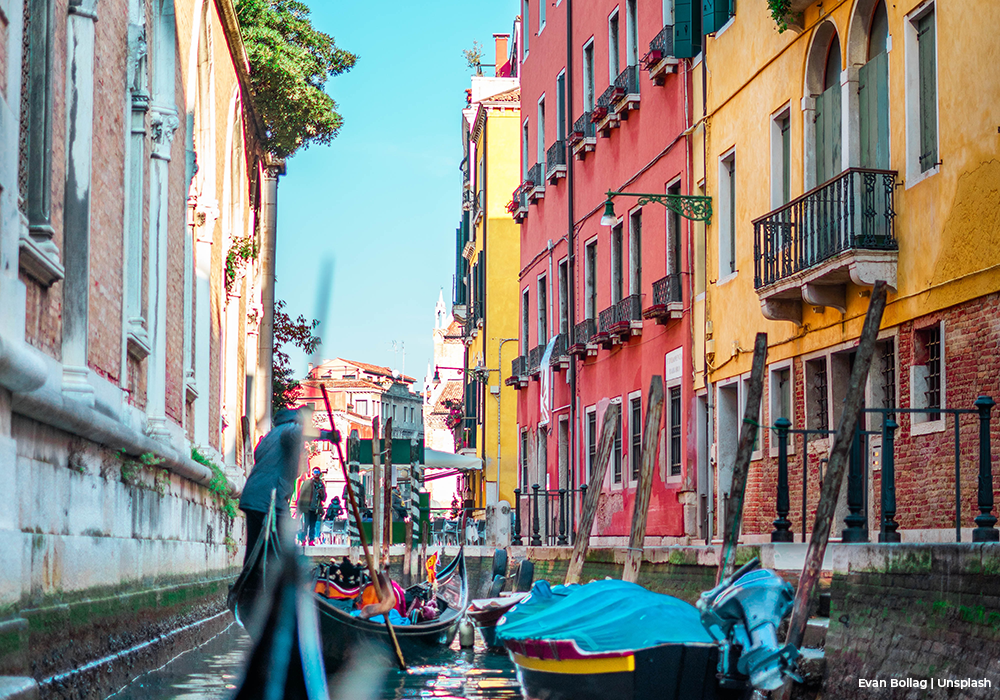 Italy has been a firm favourite for Bond over the years. There was Roger Moore’s boat chase through the canals of Venice in Moonraker and Daniel Craig was filmed at two luxurious villas in Lake Como for Casino Royale.

The latest film uses two locations new for Bond fans. The opening shot of the trailer is Matera (pictured left), but the car chase sequence jumps magically between this Basilicata town and Gravina in the neighbouring region of Puglia (when Bond jumps off its famous two-tier Roman bridge).

Hewn from the rocky hillside it sits on, Matera was European Capital of Culture last year, and no wonder, since it’s one of the oldest continuously inhabited cities in the world. Under the streets is a network of caves where people lived until the 1950s when it was declared ‘Italy’s shame’ due to extreme poverty. Now the caves are tourist attractions and boutique hotels welcome part-time troglodytes for sumptuous subterranean stays.

Perhaps the most pitiable bond villain of all time, the triple-nippled Scaramanga (played by a creepy but debonair Christopher Lee), did make up for his less-than-scary defect by having a pretty cool lair in the limestone peaks of Thailand’s Phang Nga Bay. Accompanied by his diminutive assistant, Nick Nack, he was The Man With the Golden Gun.

Some of the action from this film was also filmed in Bangkok, where Roger Moore enjoys a high-speed boat chase through the capital’s waterways, known as klongs, past floating markets and takes in a fight at the kick boxing stadium.

Cat-stroking Blofeld’s volcano hideout in You Only Live Twice was filmed at Pinewood Studios, but the exterior, which Connery and his accomplice Kissy Suzuki scale, is the still-smouldering Sakurajima volcano, found just outside Kagoshima City.

Other locations in this film include the tiny fishing village of Akime and the hilltop castle, Himeji. The latter was the setting for the ninja training school run by Tiger Tanaka, where Bond trains for action and disguises himself as a rather dubious Japanese chap. 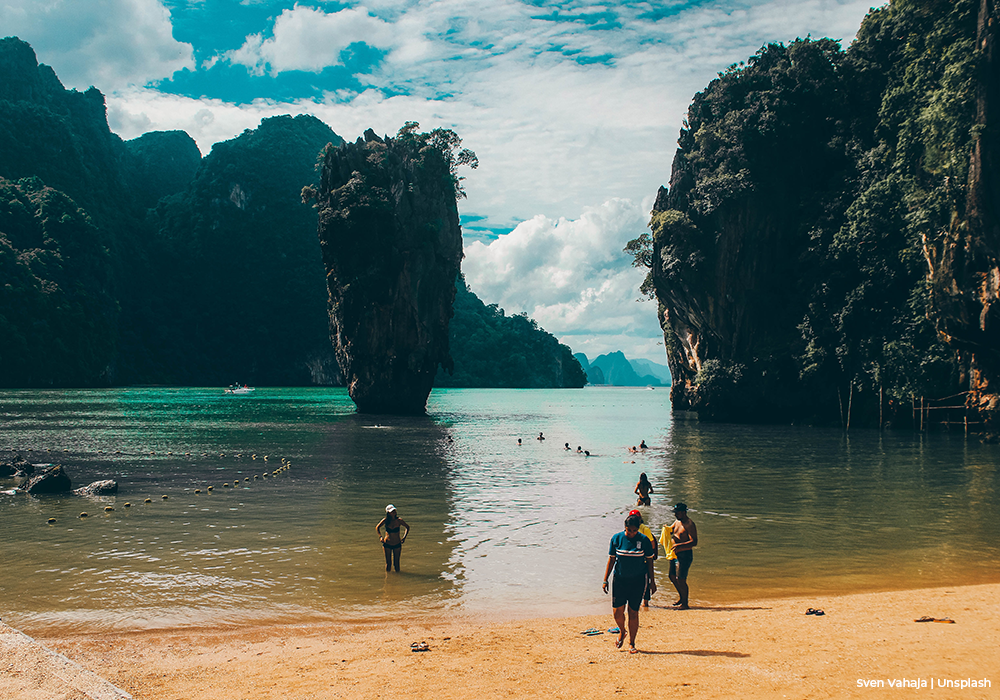 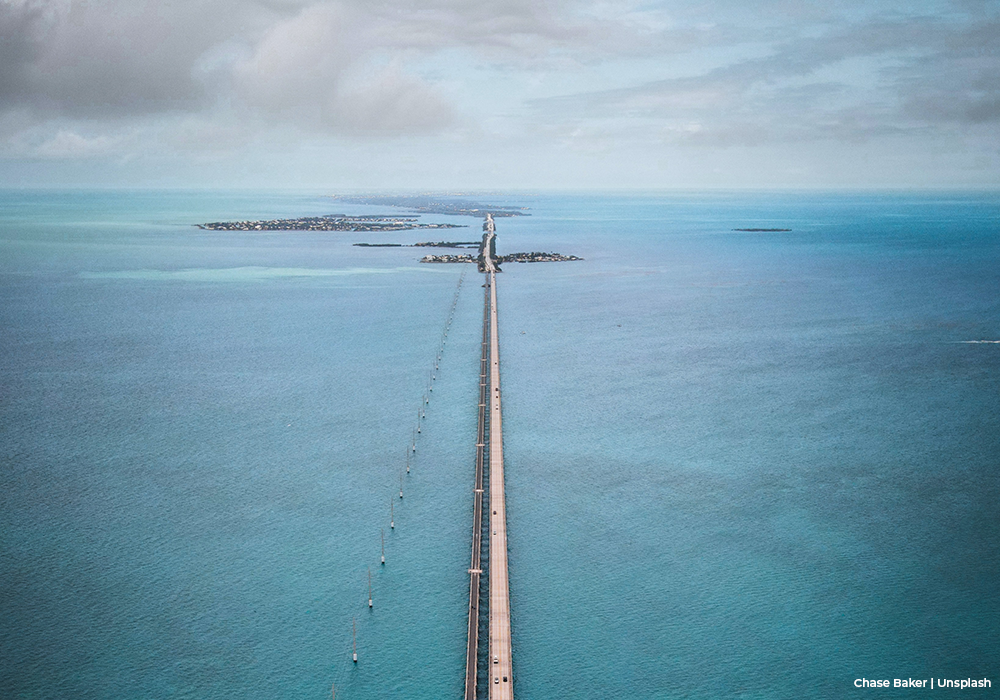 Although much of the action for Goldfinger was shot at Pinewood Studios in the UK or Switzerland, the opening scene where we meet the bullion-obsessed Auric Goldfinger is set in the legendary Fontainebleau Miami Beach Hotel. It’s here that Bond breaks into his room to discover Goldfinger’s perky mistress, Jill Masterson, helping him cheat at cards with the help of some high-powered binoculars and an earpiece. The white art deco curves of the Fontainebleau also hosted Elvis, Sinatra and the Rat Pack and still evoke retro American glamour today.

Parts of License to Kill were set and filmed in the Florida Keys. Locations included the iconic Seven Mile Bridge and Ernest Hemingway’s home (also home to a colony of five-toed cats) on Key West. The island also stood in for Bimini in the Bahamas, where Timothy Dalton’s Bond first encounters psychotic henchman Dario, played by Benicio del Toro, in the Barrelhead Bar.

One of the Bond series’ best-loved henchmen, metal-mouthed Jaws, popped up for a second time in Moonraker as assistant to the evil Drax who plans to wipe out human life on earth from space. Rio’s Sugarloaf Mountain is the setting for a fight, as Jaws bites through the cable car’s wires, attempting to kill Roger Moore and the Bond Girl du jour. Their implausible escape, zip-lining down the wire faster than the car, shows spectacular views of the city. The action then jumps to the Amazon with a sneaky cut to Iguazu Falls.

Panama doubled for Haiti and Bolivia in Quantum of Solace. The harbour boat chase scenes where Daniel Craig’s Bond first encounters the Billionaire villain Dominic Greene were supposed to be Port-au-Prince but were actually filmed in Colon, a crumbling colonial Caribbean port which sits at the entrance to the Panama Canal and has a rather disreputable atmosphere.

When Bond is in La Paz it’s actually Panama City and his posh hotel is the city’s National Institute of Culture. Later, Chile’s Atacama Desert is the star and an astronomy centre, the ESO Paranal Observatory, plays the stark eco hotel of Perla de las Dunas. 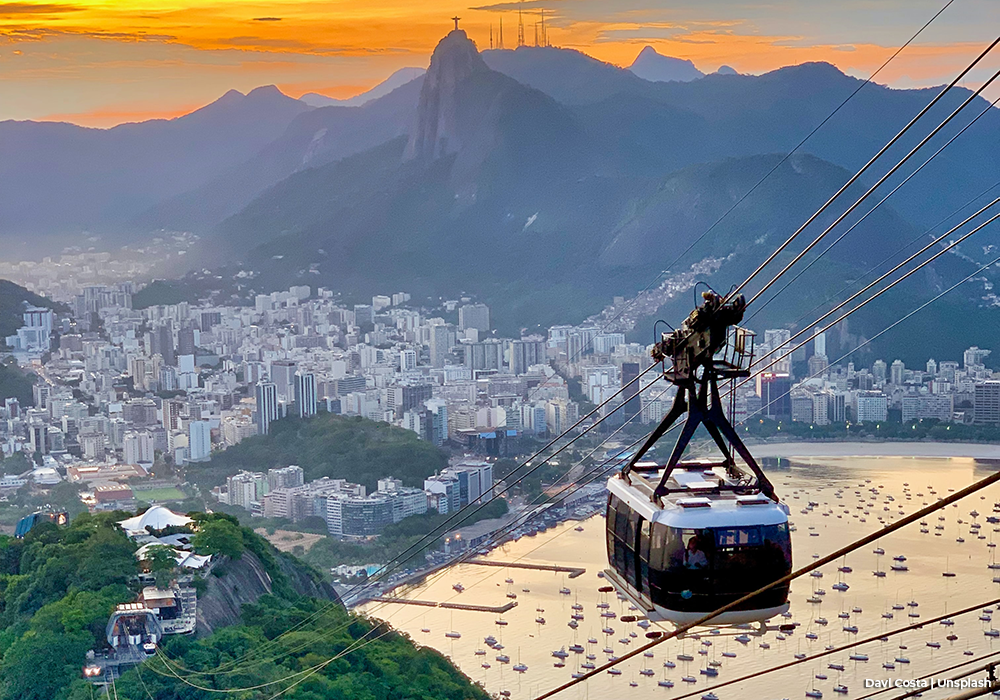 Go Undercover.
Plan your next holiday to any of these amazing locations and more with our team of specialist agents. Call us on 020 3092 1288 or email [email protected] today!

This is a feature from Issue 2 of Charitable Traveller. Click to read more from this issue.