Get your head around this: five island groups make up French Polynesia and they comprise 118 islands and atolls spread over an area not much smaller than Europe. Flying from the veritable metropolis that is Tahiti in the Society Islands, to Rangiroa in the less-visited Tuamotu archipelago, took an hour over vast, empty blue seas.

The Tuamotus are the biggest chain of atolls in the world – atolls are the land formed when a volcano sinks, leaving behind a coral reef which becomes a spectacular series of islets, or motus, ringing a lagoon. From above Rangiroa was a mirage, too beautiful to be true, like a huge pearl necklace flung into the ocean by a glamorous giant. In contrast, the airport was a modest affair, an open-sided shed with a shelf instead of a baggage carousel. 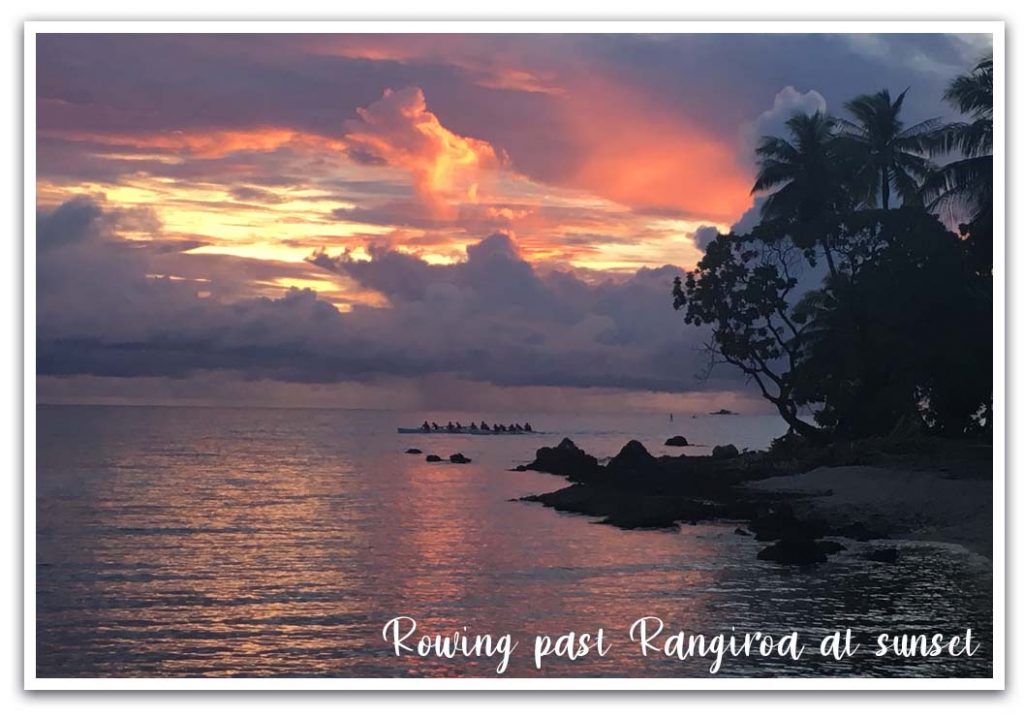 There’s no concept of hurrying in Rangiroa and everything seemed to move extra slow in the thick heat – even the bright flowery curtains fluttering from the wooden shacks we passed seemed to wave slowly. Our hotel was close to the Tiputa Pass, a point between two motus where the current races fast as it funnels through, attracting dancing dolphins who ride it like a rollercaoster every evening at sunset.

Visit a vineyard on a tropical atoll. Vin de Tahiti's grapes grow 100 yards from the lagoon. 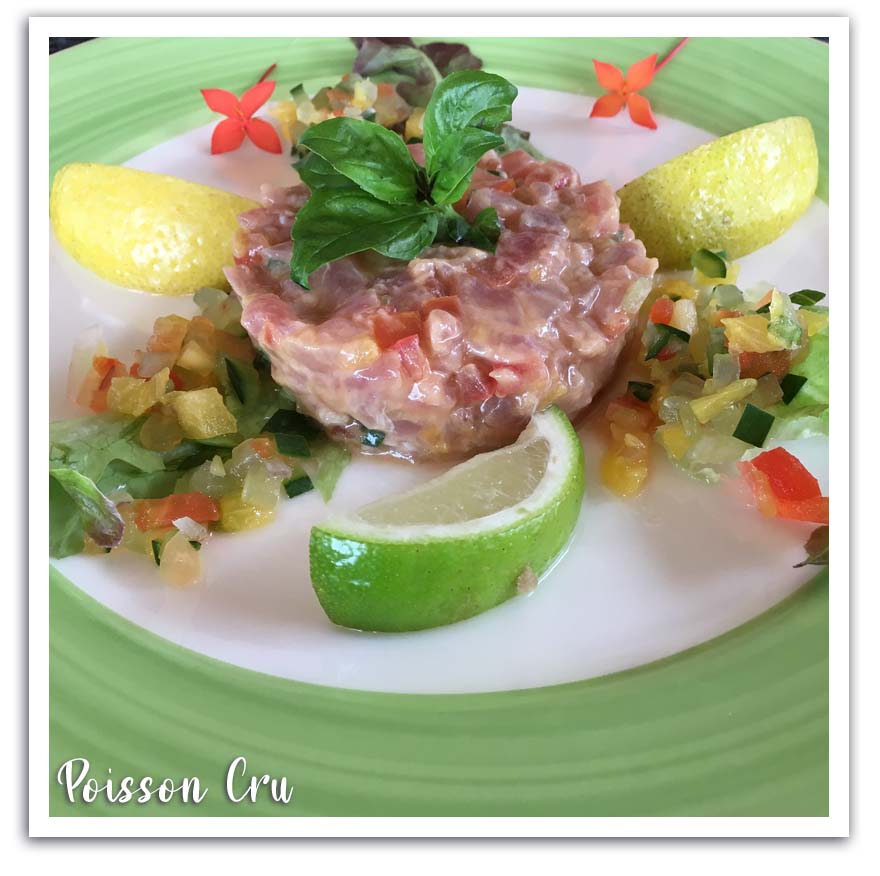 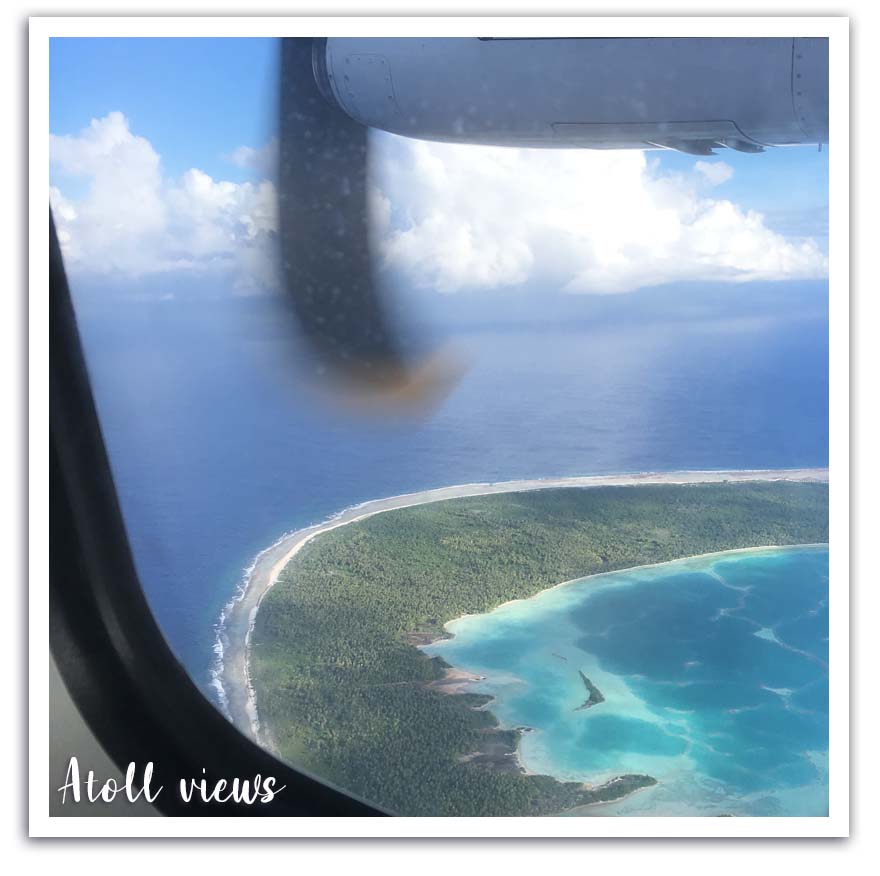 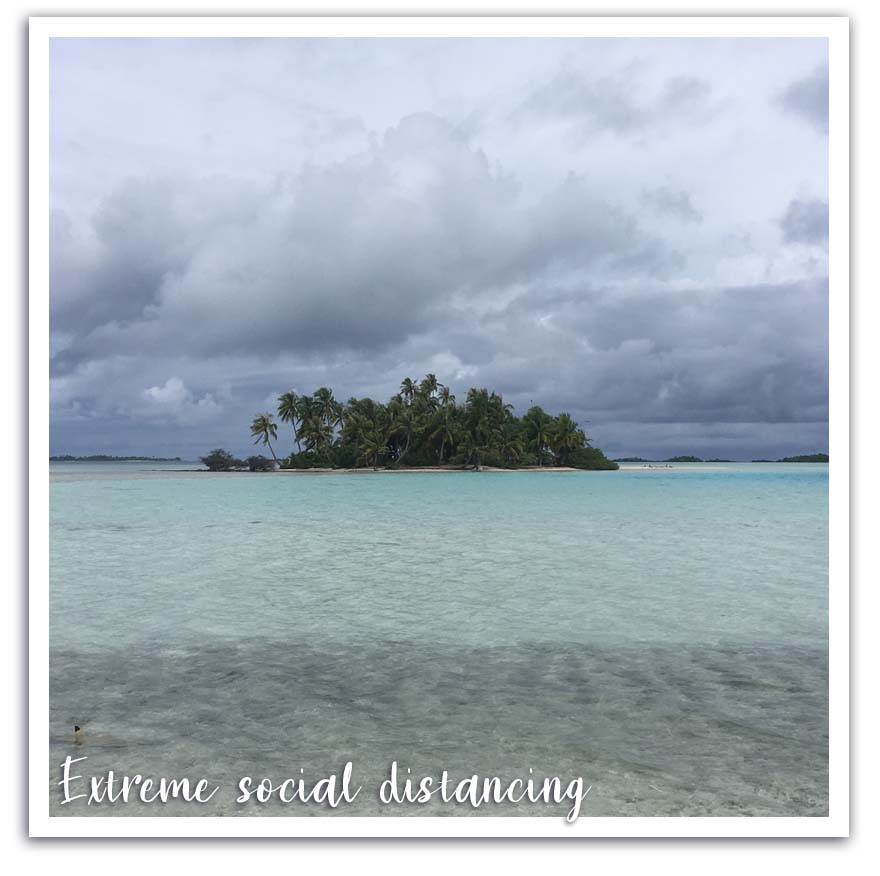 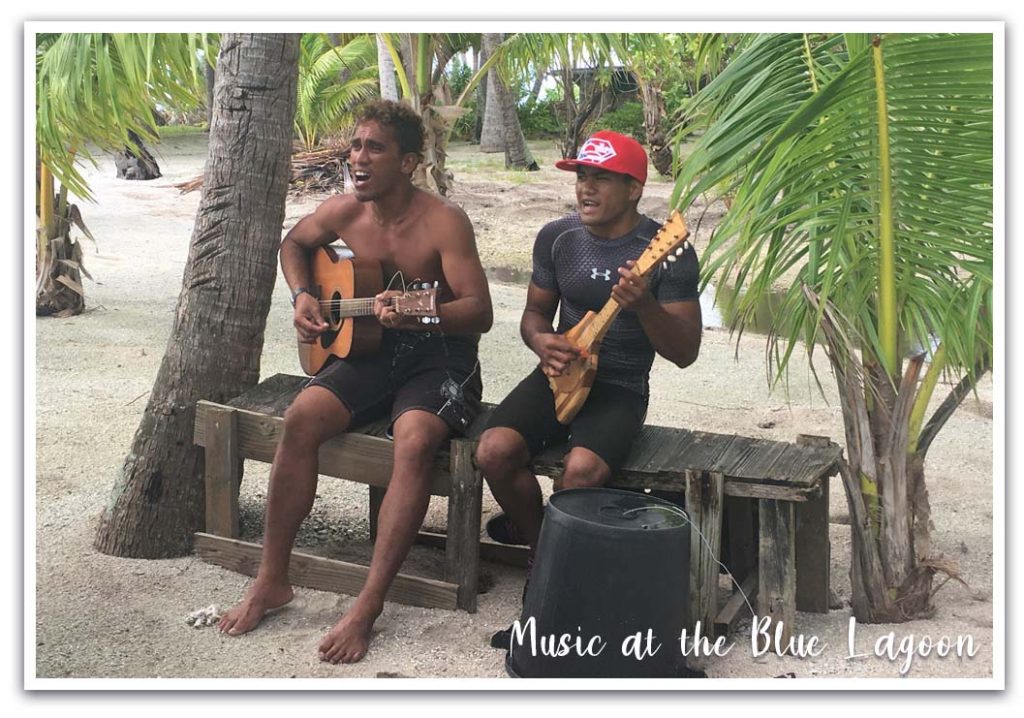 The next day we headed to the Blue Lagoon, a mini paradise within the greater lagoon of Rangiroa. The turquoise water was calm and bath-like, save for a gentle stirring from blacktip reef sharks as they plied the shallows, knowingly waiting for titbits like pesky seagulls. The sound of the open ocean was a distant but persistent roar as it pounded the outer reef.

We spent the day sunbathing and wading from motu to motu, the next white shore always glinting temptingly on the horizon. Our lunch was the freshest fish I’ve ever had, both grilled and raw with lime and coconut milk (poisson cru) served with coconut bread cooked in palm leaves. Our guides played guitars and sang while we ate. They seemed the happiest people on earth and at that moment so was I.

Rangiroa offers spectacular scuba diving, with the change to drift with hammerhead sharks

Book your dream trip in French Polynesia and donate 5% of your holiday price to the charity of your choice at no extra cost to you. Click the button below to get in touch with us!