The Caribbean: Beyond the Beach

The Caribbean has some of the world's most sought after beaches, but what if you spent some time away from the sand and sea? We promise you won't be disappointed...

This is a feature from Issue 10 of Charitable Traveller. Click to read more from this issue.

Think Caribbean and there’s a good chance the image of a beach pops into your head. White sandy shores, trimmed with palm trees and lapped by turquoise water are the poster stars of the region, quite rightly, but they do somewhat overshadow what lies inland and in some cases this is even more spectacular.
Sometimes stepping away from the beach will make you appreciate it even more and certainly offers a different perspective. In Saint Lucia it’s the Toblerone-shaped Pitons which dominate every postcard but hiking up Gros Piton, the taller of the famous twin peaks but the easier to summit, gives you a bird’s eye view of the island. Starting amongst mango trees, you’ll climb steeply, cutting through fertile jungle and scrambling over large rocks. At the top you’ll be rewarded by a dizzying view as you gaze down on Petit Piton, the coloured rooftops of Soufriere nestled in deep greenery, View Fort, the beaches and beyond to Saint Vincent. 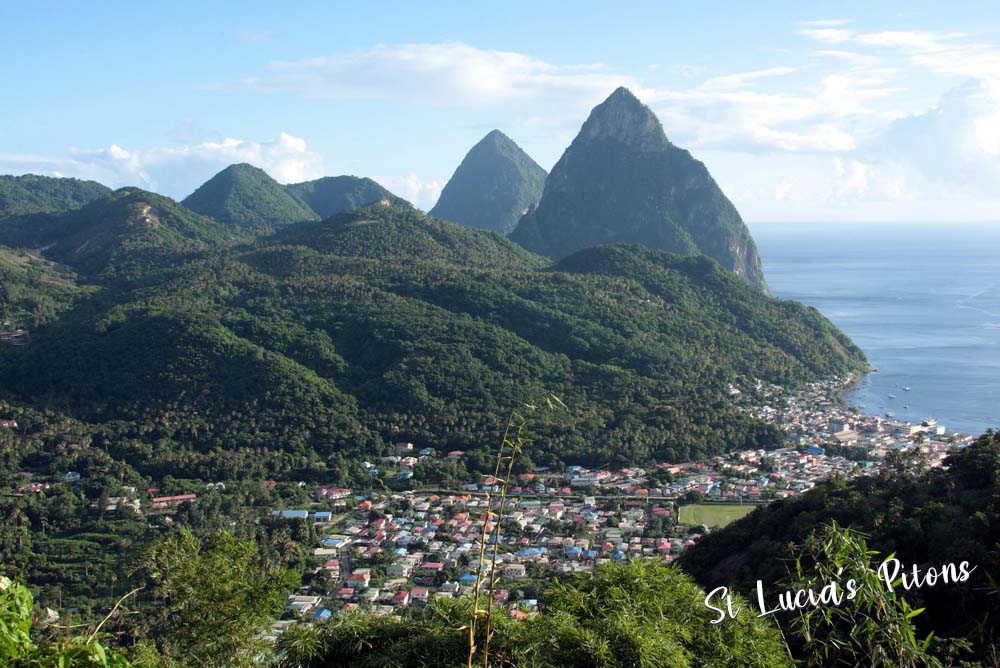 Hiking is a great way to see the Caribbean and options vary from easy strolling to strenuous treks, although the most rewarding views are usually in the latter category. Volcanoes feature in many top-rated Caribbean hikes, including Guadeloupe’s Grand Soufriere – the highest point in the Lesser Antilles – and Mount Liamuiga in St. Kitts, which has a crater rim half a mile wide, known as the Devil’s Tooth.
Mount Pelee in Martinique is infamous for causing the so-called Pompeii of the Caribbean, when it erupted suddenly in 1902 and decimated the island’s former capital Saint-Pierre. You can visit the ruins of the old town and climb the cone for sweeping island views and the chance to explore the fern forest that now smothers the caldera along with unique orchids. Martinique is criss-crossed by 350km of trails, called traces, which were used by early settlers to explore.
The Caribbean’s longest official walk is Dominica’s Waitukubuli Trail, a community-led project which allows tourists to hike the entire length of the country in about 2 weeks, though it’s divided into 14 sections. Waitukubuli is the indigenous name for the island, which means ‘tall is her body’, and using local guide and homestays ensures you understand the culture and history of the Kalinago people whose territory the trail crosses through passing misty mountains, lush rainforest, spectacular gorges and waterfalls.
Another famous hike on this wild island, which is reminiscent of the one in Jurassic Park, is the Boiling Lake Trail, which transports you to a flooded volcanic fumarole in the Valley of Desolation. The Bubbling cauldron is 200 feet wide and topped with swirling witchy vapours. 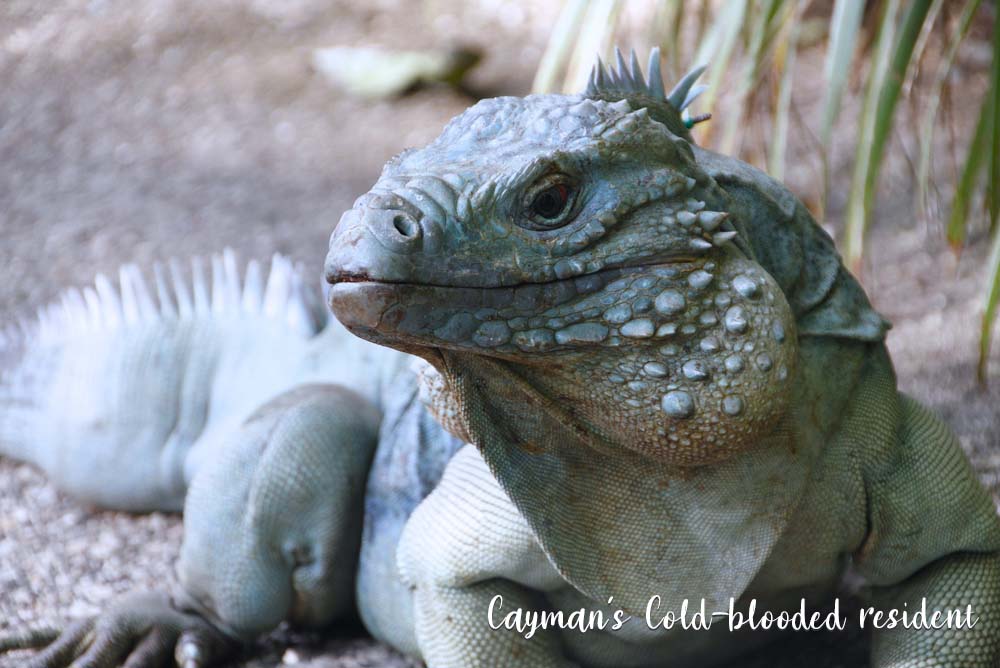 There are many landscapes you might not expect in the Caribbean – like Arikok National Park in Aruba. This area of dry scrub and boulders, punctuated by tall, thin cactus could be the set for an American Wild West movie.
In Cuba the bucolic Valle de Viñales looks like nothing else in the Caribbean. It’s recognised by UNESCO, not just for the dramatic landscape, with limestone outcrops (known as mogotes) towering over emerald plantations, but the unique rural culture that still survives amongst the farming communities who grow bananas, sugar cane, coffee, pineapples, and tobacco in the rusty earth. Hiking, cycling, and horse riding tours are great ways to explore. Other unique sights in Cuba include Gran Caverna de Santo Tomás, the second-largest cave system in the Americas, where you’ll see bats, stalagmites and stalactites, underground pools, otherworldly rock formations and a replica of an indigenous petroglyph. And the island’s Zapata Biosphere Reserve is home to the critically endangered Cuban crocodile.

There are 565 species of birds in Caribbean, and Trinidad and Tobago alone is home to 482 of them. the islands are less than 500 miles from Venezuela and have diverse habitats including rainforest, wetlands and savannahs. Their most famous feathered resident and the country’s national bird – is the scarlet ibis and you’ll find thousands of these vivid, long beaked birds at Trinidad’s Caroni Swamp, where they flock home to roost each evening. On sister island Tobago there are six species of hummingbird, which you can spot suspended like blurry jewels in front of the gaudy tropical flowers they feast on.
St. Vincent has its very own parrot named after the island but sadly endangered thanks to loss of habitat and the live pet trade. The latter no doubt found the birds’ unique colours too tempting. A large parrot, at about 40cm long, with bright yellow, blue, green, and bronze feathers, it lives amongst the thick rainforest on the slopes of the Mount Soufriére volcano.

Other great bird watching spots include Anegada in the British Virgin Islands, for the chance to see slender pink flamingos; Montserrat’s verdant interior Oriel, and the pond’s and wetlands of Anguilla, where flocks of birds ranging from osprey to iridescent hummingbirds take rest. The Cayman Island’s most famous resident is scaled rather than feathered – the blue dragon. This astonishing iguana was almost extinct at the start of the century but now you’ll find them scampering happily around the Queen Elizabeth II Botanic Park on Grand Cayman. The blue-grey reptile has a distinguished spikey crest running down its body and tail and turns azure blue it it’s in the mood. You can even book onto a Blue Iguana Warden Experience, joining the team who who look after the lizards, helping to maintain their semi-wild habitats and feeding them.
If  furry creatures are more your thing, head to St Kitts or neighbouring Nevis, which are home to vervet and green monkeys. the Mischievouus apes can be found in the rich forests as well as hanging out ongolf courses and at the Nisbet Plantation Beach Club.

You'll find thousands of Trinidad and Tobago's vivid national bird, the long-beaked scarlet ibis, at Caroni Swamp, where they flock home to roost each evening.

You don’t have to enter the wild to enjoy the Caribbean beyond the beach. The islands have fascinating cultural centres influenced by various colonial invaders as well as the enslaved Africans they bought. While the Cuban capital of Havana is probably the most famous in the region, the Dominican Republic’s capital Santo Domingo, offers the same crumbling colonial charm. The cobbled are edged by faded pastel casas with wrought iron balconies. Sun wrinkled senior citizens slap dominos down on wonky tables and merengue music blasts out of the corner shops. You can visit the oldest cathedral still standing in the western hemisphere here, Catedral Primada de América, which dates back to 1514. 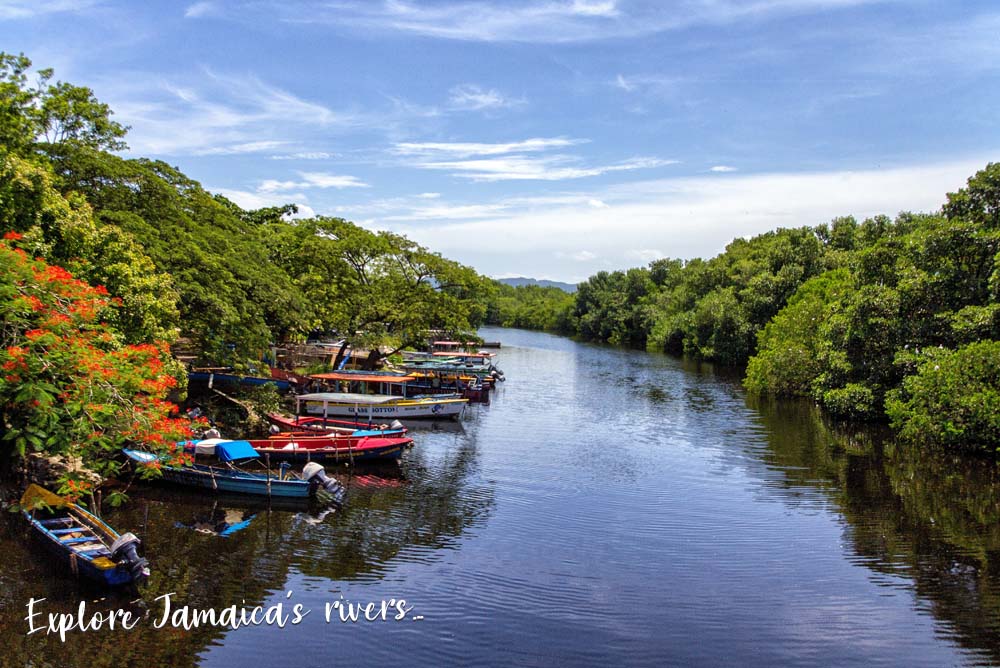 Other atmospheric Caribbean cities include Willemstad in Curaçao, with its brightly-painted Dutch townhouses and leafy squares, and San Juan in Puerto Rico, where the monumental castle of San Felipe del Morro guards the historic old town’s rainbow buildings and shaded plazas, now stuffed with cocktail bars and salsa clubs. When it comes to musical culture, nowhere in the Caribbean is more significant than Jamaica – the birthplace of Bob Marley and reggae in general. In Kingston you’ll find the Bob Marley Museum. And the Trench Town Culture Yard, build around his teenage home, has even more Rasta and reggae artefacts, including the beat-up old VW van used by Marley and the Wailers when they toured the island in the 1960s. After sunset you can grab some jerk chicken at Tracks and Records bar and then hit the Kingston Dub Club up in the hills to dance the night away. 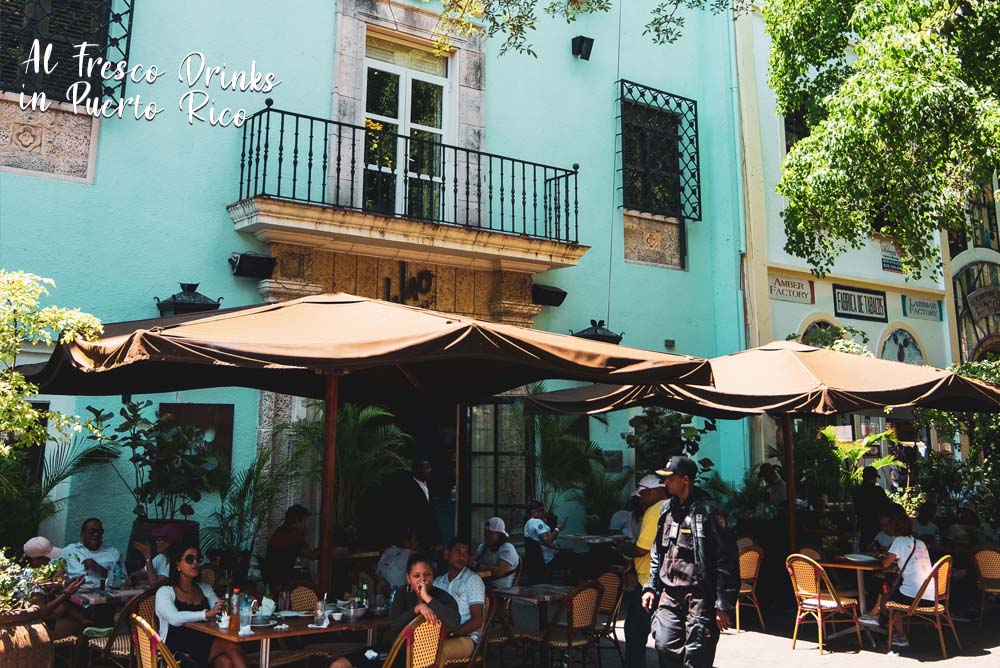 Eating and drinking is one of the best ways to get in touch with Caribbean culture. The region’s lively markets are a great place to start, by tasting some of the sun-warmed tropical fruits on display. Eating out can vary from a roadside shack to a Michelin-star hotel restaurant.
Every Friday in Barbados, as the sun sets, locals and tourists gather tat the famous Fish Fry in Oistins to feast on gilled fish, listen to live music and sip chilled beers.
Grenada is dubbed the Spice Island thanks to the abundance of edible plant it grows, notably nutmeg and chocolate. You can visit the Belmont Estate with other fragrant spices, or visit the Grenada Chocolate Company to taste the finished product.

Of course, no Caribbean island is without its fair share of rum and you can see it at source on many. Family-owned Topper’s Rhum on Sint Maarten has tours and tasting of it’s many flavours – like white chocolate raspberry.
If you’re teetotal, or hungover, you will appreciate the misty peaks of Jamaica’s Blue Mountains, famed for the premium coffee grown its steep slopes and picked by hand. Head to Mavic Bank Coffee Factory to see the process from bean to cup!

Thrill seeking activities are not confined to the beach in the Caribbean. If you’ve seen the movie Cool Runnings (based on the true story of the Jamaican bobsled team in the 1988 Winter Olympics) You’ll love Jamaica’s Mystic Mountain. Here you can ride your own bobsled on rails,1,000 metres downhill through the rainforest.
Other activities for adrenaline junkies include white water rafting on the Dominican Republic’s wild Rio Yaque del Norte, or flying through the jungle like Tarzan in Antigua – explore the treetops via ten thrilling ziplines, nine rope challenges and two suspension bridges. There are more sedate ways to sightsee too. The St Kitts Scenic Railway was built in the early 1900’s for transporting sugar cane from plantations but today you can sit in its open-top cars as you meander through rainforests and across plunging canyons, enjoying entertainment from an a capella choir and a rum punch. Wherever you are in the Caribbean, you can always end the day with a dip in the sea and a rum punch – but you’ll never regret spending time beyond the beach.

This is a feature from Issue 10 of Charitable Traveller. Click to read more from this issue.