What gave you the idea for Invisible Cities?

I wanted to be a teacher, but I ended up working more in the NGO/charity sector, at first supporting refugee families to learn French, and then for the Homeless World Cup, an organisation that supports charity street soccer projects around the world, and hosts a tournament every year to bring homeless people together through football. Having to do things like organise visas for people who had no fixed address made me realise the complexity of homelessness and opened my eyes to the stigma that followed them. I then went on to volunteer in a Greek refugee camp. The experience marked me and made me realise that people have incredible stories to tell as well as dreams for a better life. 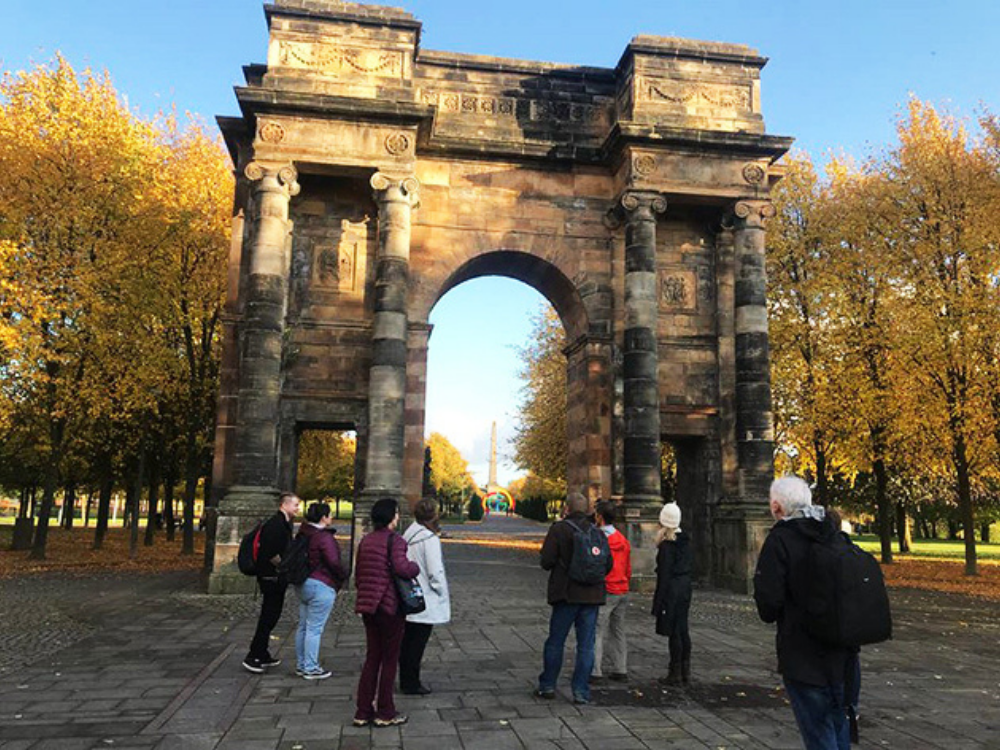 How did you set up?

I came back to the UK with the idea to run tours by homeless people and took part in the Good Ideas Academy in Edinburgh, a scheme which helps people kick-start non-profits. By the time I finished the six-month course, Invisible Cities was up and running. I asked other charities, like Crisis and the Salvation Army, to introduce me to homeless people who might want to be tour guides. When I had four people ready to start, I approached heritage and tourism organisations to volunteer and train them on how to be a good guide. We also approached companies to fund us for things like printing leaflets. In 2016 we launched our first two tours. For the first two years we were completely volunteer led. I paid the guides but relied entirely on pro-bono support and had to have another job to pay the bills. It was hard work but worth it. 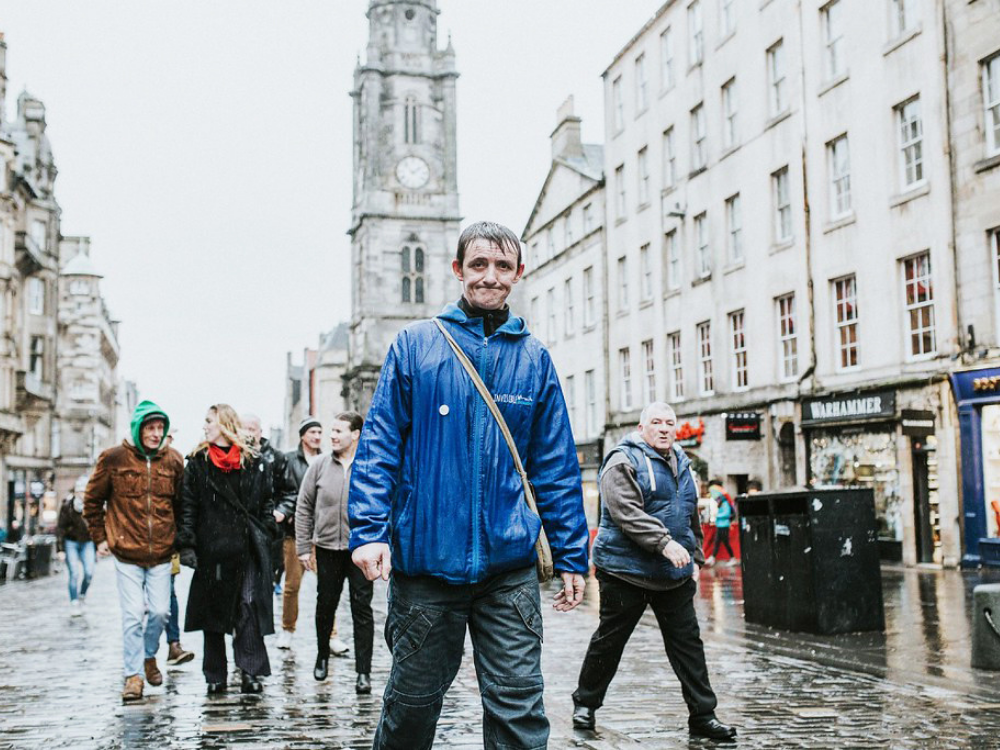 What is your aim?

We want to train our guides up with lots of skills so they can use us as a stepping stone to other jobs, perhaps in tourism or hospitality. So far, we’ve trained over 70 people, and not just in how to run tours but how to write a CV, interview skills, conflict resolution, first aid and more. Once they are in accommodation, we help them with things like budgeting. We also partner with companies to offer training. Booking.com have given customer service training to our guides. That’s really nice because they can put something professional on their CV and it makes them feel part of the tourism industry.

Guides decide what they want to talk about during training, and they often tie it in with their personal life. Our longest running guide, Sonny, bases his Edinburgh tour around crime and punishment because he’s done time in prison. Some people don’t want to talk about themselves or are scared of being judged so we don’t force it but it’s important that they talk about things they are passionate about – we have tours that cover music and architecture, for instance. One of our York guides, Miles, talks about the health and wellness of York. Miles used to work in a bank managing the top accounts until he got addicted to drugs and stopped talking to his family. He has a fascinating story about how homelessness can happen to anyone, which he weaves in with historical stories about poverty throughout time and how it reflects on the city.

What is the feedback from customers?

Overwhelmingly positive. We market our tours as being ‘alternative’ so we get quite a lot of locals on them and they always say how much they learned about their home. The most common feedback is how connected people feel to the guides, which is exactly what we are aiming for. People are sometimes surprised at the knowledge our guides have. Others report on how it educated them around issues like addiction and homelessness.

How has Covid-19 affected businesses?

The biggest issue we had during the pandemic was how to keep everyone was safe, healthy, able to isolate and supported, since their income stopped. We organised deliveries of fresh fruit and vegetables, got everyone tablets (thanks to a supporter) and we organised weekly zoom sessions. 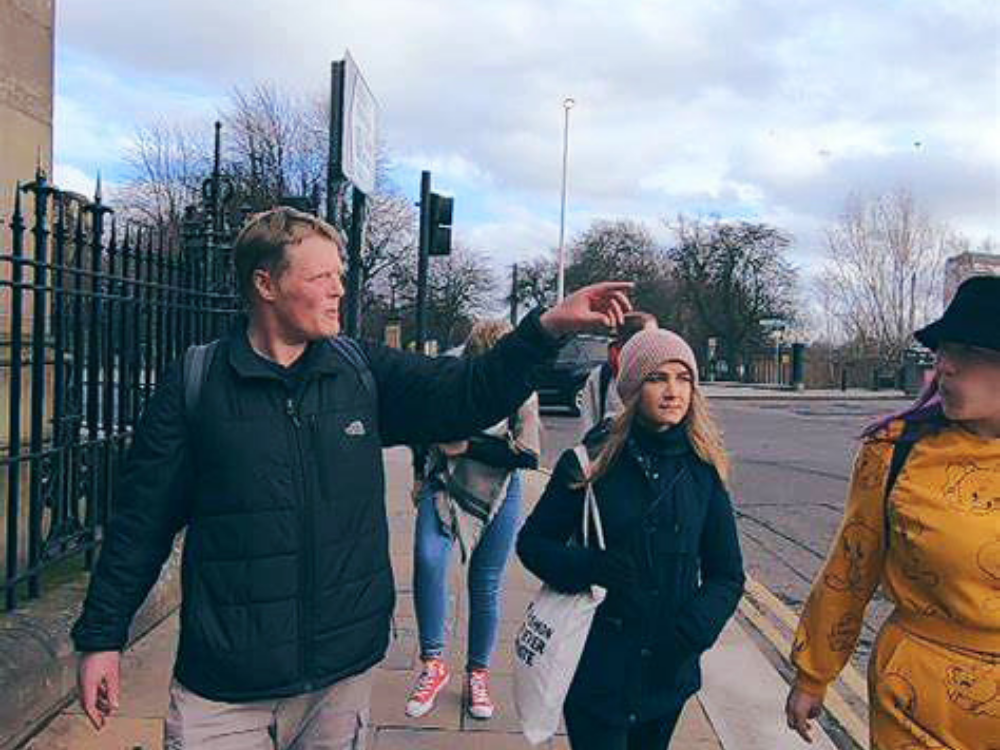 Tell us about some success stories

We’re really lucky to have found such good people. Sonny has been with us for five years. He was placed in care as a kid and was then in and out of prison with addiction issues. When I first met him, he had a job, but he was struggling to make it to work every day. But he never missed running a tour. When I asked him why that was, he admitted that even a part time job was too much for him at that time, but the tours were perfect, meeting people for a couple of hours every so often worked well for him. He’s since reunited with his family and plans to remain a guide but perhaps go into public speaking about his experiences in the future. Another guide in Edinburgh, Angus, runs a tour about architecture in the Royal Mile. He’s a very clever man who is passionate about history and speaks several languages – when he was a Big Issue Vendor, he even taught himself Roma so he could speak to his Romanian colleagues. His plan was always to go back to Aberdeen, reunite with his sister and maybe start tours there. Because we supported him with food during the pandemic, he’s managed to clear his debt and now he’s leaving, which is a shame for us but great for him. 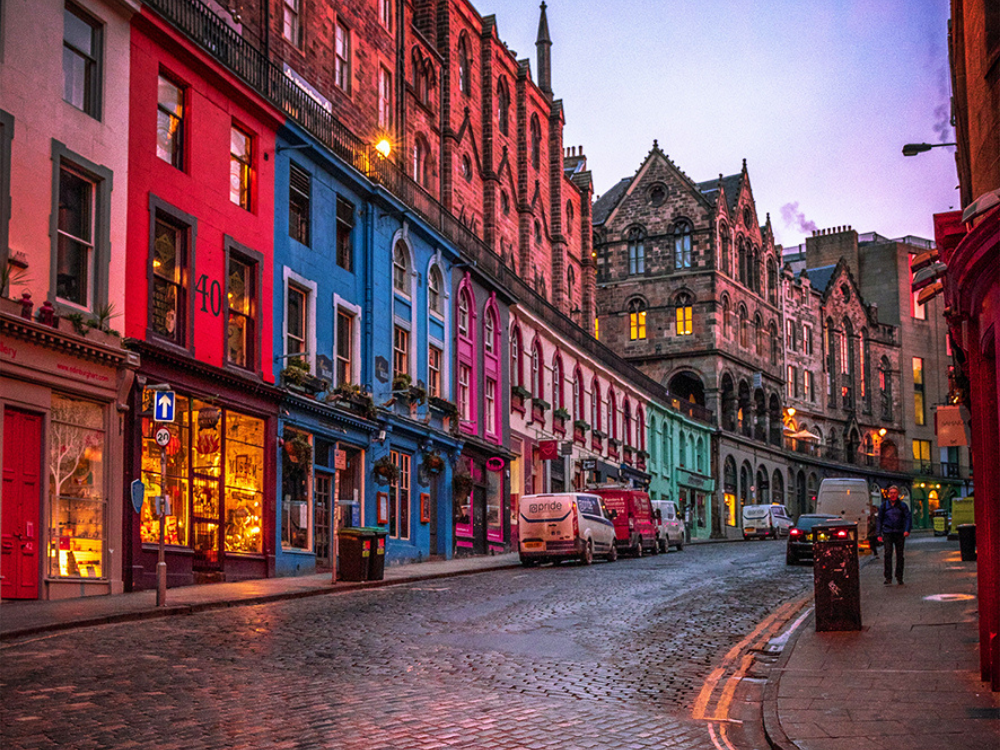 What's the biggest challenge you have?

Probably managing the balance between the social and the commercial aspects of the business because we are working with people who have very complex lives. Our guides are often dealing with issues like trauma, mental health and addiction. We have to be honest with our own limitations and that’s hard to accept sometimes.

We currently offer tours in Edinburgh, Glasgow, Manchester, York, and soon Cardiff and Liverpool. We want to launch another city next year and also to have a plan in place for expanding to another country. Watch this space.

Learn about Manchester’s nightlife and music scene with Andy, York’s railway heritage with Gemma or the history of the trainspotting generation in Edinburgh with Paul.
charitable.travel/invisible-cities/