With Covid-19 causing mayhem, have we all forgotten a potentially more pressing problem for humanity? Laura Gelder talks plastic

If you’ve left the house recently then you’ve probably happened upon the latest and greatest offender in the plastic world, lying in your local gutter or fluttering from a barbed wire fence – the disposable mask.

While many people have embraced this irritating but now must-have accessory, purchasing ones they can wash and use again in the latest fashionable prints or football team colours – many have bought single-use plastic masks. Add to that the fact that cafes are refusing to serve you coffee if you want it in your keep-cup, supermarket delivery services are back to using plastic bags and plastic bottles of alcohol hand gel are selling like hot cakes. Has the world forgotten something?

Plastic has been a hot topic for some time. Barely a day goes by when I don’t receive a press release lauding a travel company’s efforts to eradicate single-use plastic from their operations. And good for them!  But is it enough to get rid of straws? Probably not. 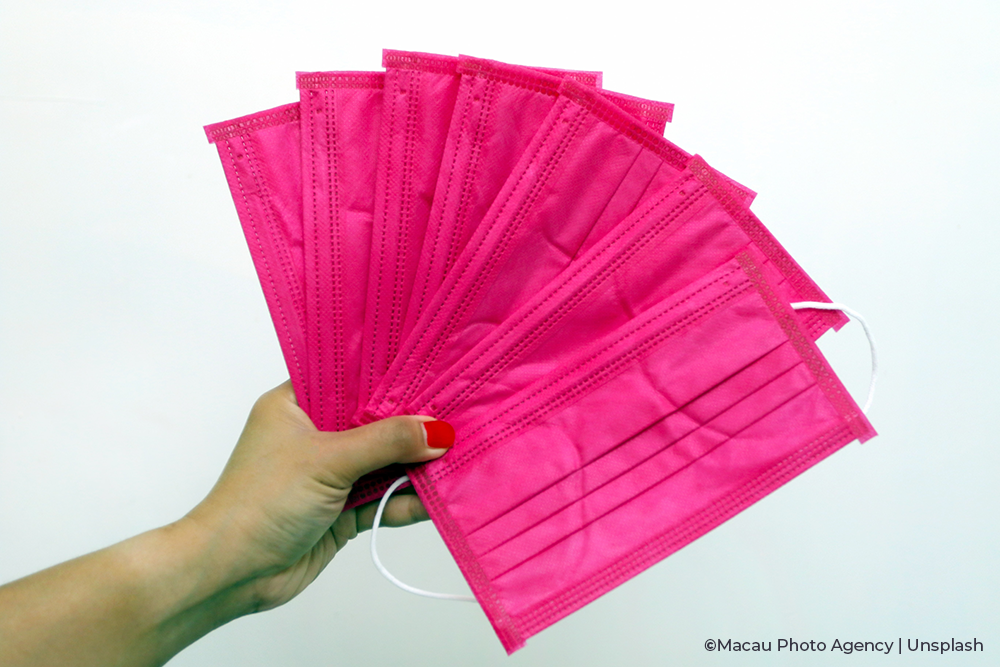 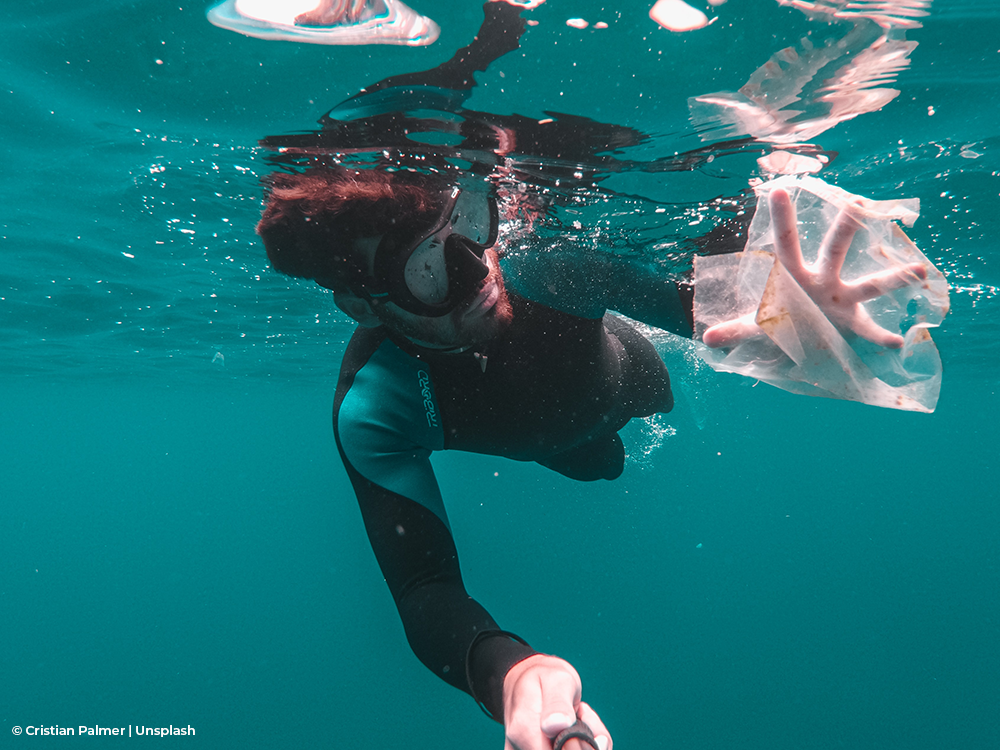 Plastic Oceans UK was the first NGO to raise awareness about the impact of plastic pollution on the ocean. More than eight million tonnes of plastic enter the seas each year, causing harm that we might not yet fully understand to our marine ecosystems which we depend on to mitigate climate change and ensure our survival. What’s more, 80% of that plastic comes from what we throw away.

I used to feel quite good about my own recycling efforts, after all, I empty my recycling bin four times more than my other bin! But then I started looking into what recycling plastic means and I found that it’s by no means a solution. You see, the stark fact is that plastics can only be recycled so many times before they have to be down-cycled into something that will end up in landfill, because, like paper, plastic is made from fibres which shorten each time you recycle it.

Unlike paper though, it doesn’t just break down and the much talked about ‘Great Pacific Garbage Patch’ is proof of that. Although according to British charity, Just One Ocean, the truth is that there is no floating plastic island, it’s “more of a plastic soup covering vast areas.”

Perhaps you’ve been to a pub and drank outside recently, or enjoyed trendy street food from a market. Often the drink comes in a cup which sounds green and friendly – using words like ‘plant-based’, ‘compostable’ or ‘bio-plastic’.  The reality is that these aren’t necessarily much better. Last year the BBC reported that many plant-based containers were still going to landfill in the UK because we just don’t have the facilities to deal with them – in other words industrial composting plants which add heat and oxygen to help them degrade.

It’s all a bit depressing but there is good news and a raft of charities fighting back against the plastic tide. The Sealife Trust gets its supporters to hold regular beach and river cleans near their homes or work places throughout the year. Last year it organised its first 24 Hour Global Beach Clean: 40 teams from all over the world took part, starting with sunrise in New Zealand and ending with sunset in California. All in all, 2,442 volunteers collected almost 2,000kgs of litter from the planet’s beaches, rivers and waterways – the equivalent weight of two adult beluga whales! Support the Sealife Trust and you’ll also help to fund the Cornish Seal Sanctuary in the UK and a Beluga Whale Sanctuary in Iceland. 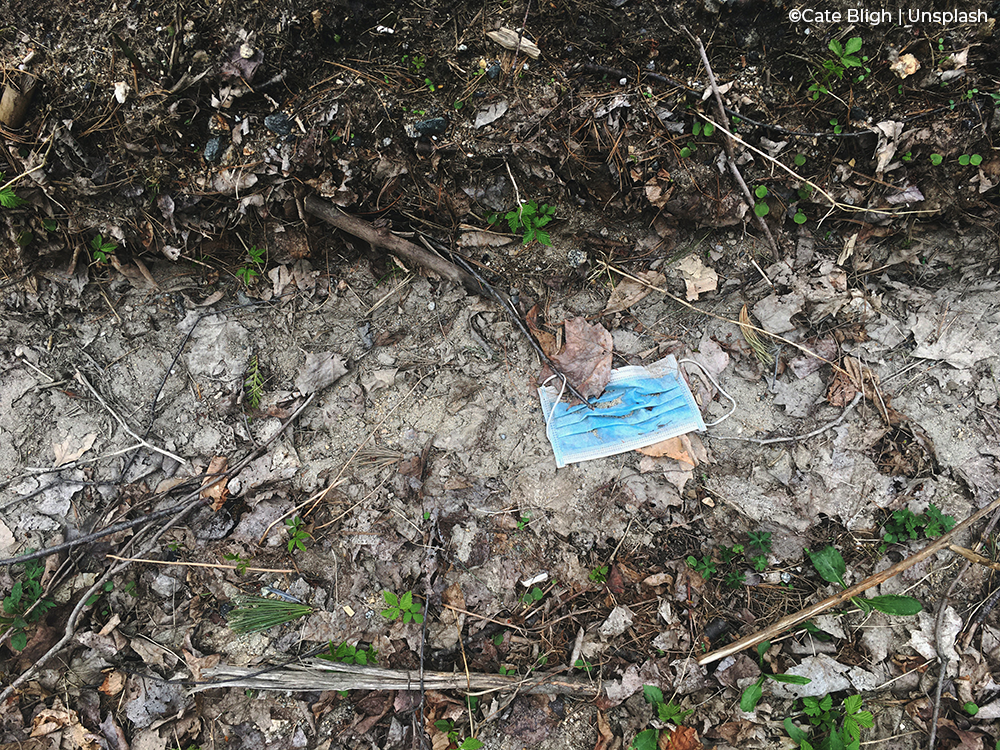 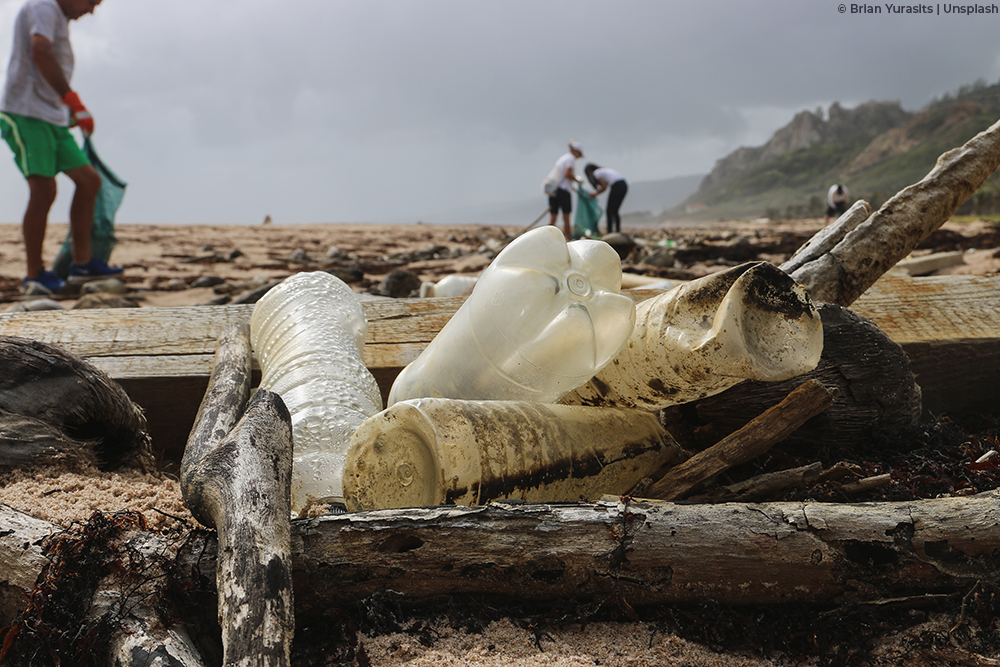 If you fancy using your spare time to tackle plastic then join Sea Champions, the Marine Conservation Society’s nationwide volunteer programme. You can support in a variety of ways, from organising hands-on beach cleans to giving talks, attending local events or raising funds. Alex Milden from Cornwall leads school workshops and runs beach surveys and cleans, while Karli Drinkwater from landlocked London dressed up as a giant orange crab and stood outside Westminster, shouting for the government to create Marine Conservation Zones!

Do you feel despair on your weekly shop, as you struggle to find anything not wrapped in plastic? Join Surfers Against Sewage for a Mass Unwrap. This simple organised action highlights the level of plastic packaging in supermarkets and puts people-pressure on them to change. Individuals, families, friends and communities can all take part and the charity has more details of how on their website, but the idea is you do your weekly shop, pay as normal and then unwrap the food to put in your re-useable containers. The plastic is collected by volunteers and put in empty trollies, leaving the supermarket to deal with their ugly problem.

Plastic Oceans UK has a great guide on how to reduce your plastic footprint. Do you know ‘the five Rs of the waste hierarchy’? Repeat them now: reduce, reuse, refuse, recycle and rot. This guide focuses on the small actions you can take to make big changes. 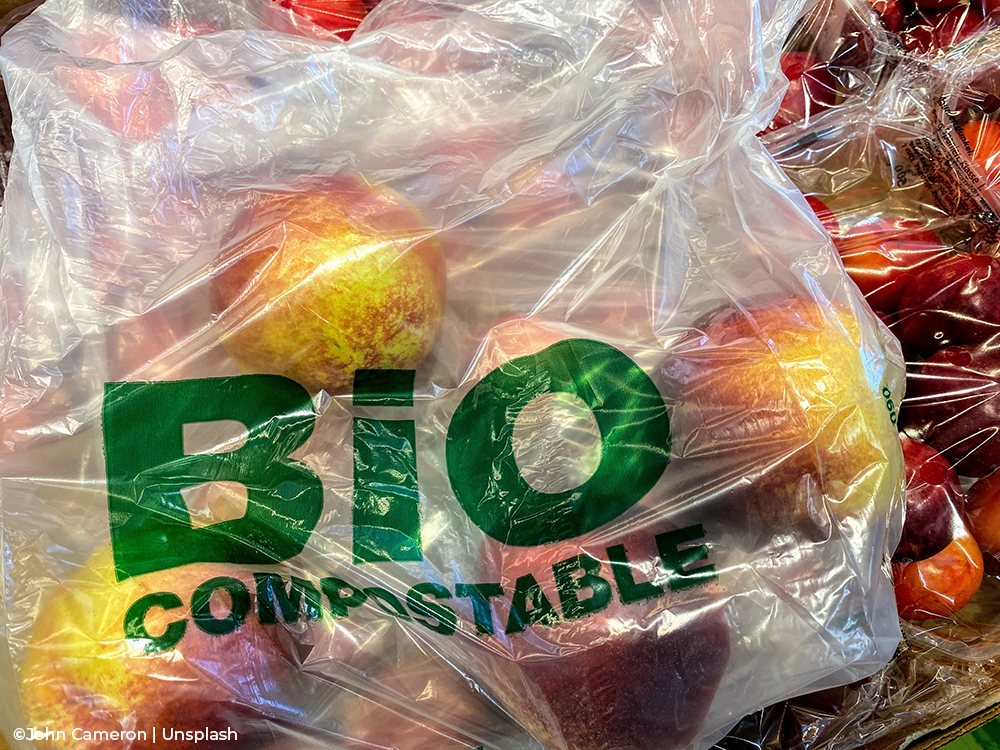 Do you ever head out with your reusable water bottle, only to drink it all and then struggle to find anywhere to fill it? Charity Sea-Changers created a fund this year, awarding grants to communities so that that they could provide refill water fountains, reducing the use of single-use plastic drink bottles and marine litter. Donations to Sea-Changers fund an array of grassroots projects like this, which help to protect coastal habitats. You can apply for a grant on its website if you have an idea.

Greenpeace funds research which has found plastic pollution in Antarctica and takes a keen interest in microplastics, which can be swallowed by everything from zooplankton to blue whales, carrying toxins into the food chain. It has also helped consumers to make better choices by ranking UK supermarkets in a plastic league table, which you can find on its website.

For anyone who has experienced dismay about the level of plastic pollution while abroad, Wasteaid is a charity set up by waste management professionals to to share practical and low-cost waste management know-how with communities in low income countries. Examples of its projects include a plastics recycling training centre in Cameroon.

City to Sea is on a mission to stop plastic pollution at source by reducing demand. By engaging with influential brands, retailers and businesses it aims to change behaviour and inspire collective action. PPE litter is its latest target. According to City to Sea between the end of February and mid-April this year more than a billion items of PPE were given out in the UK alone. Raise awareness by sharing a picture of yourself in a reusable mask with #choosetoreuse and tagging @CityToSea.

This is a feature from Issue 2 of Charitable Traveller. Click to read more from this issue.