Alternative European cities you should visit

Perhaps you've already visited Europe's capitals, or you're looking for a city break away from the crowds? Either way, Laura Gelder has gathered a list of alternative cities that will excite and entertain.

Aarhus instead of Copenhagen

Denmark’s second city really packs a punch when it comes to museums and galleries and has exciting dining and lovely outdoor spaces, but you’ll find it more relaxed and less pricey than Copenhagen.
Cultural highlights include ARoS, the contemporary art museum whose rainbow walkway can be seen from all over town and Den Gamle By, an open-air museum with a historic reconstructed market town. Explore the Latin Quarter’s half-timbered houses containing cool cafes, restaurants, galleries and shops and Aarhus Ø, the redeveloped harbour area with its space-age Iceberg building plus hidden bars, harbour swimming baths and promenades. And there are many more hip neighbourhoods, bursting with Nordic cuisine and craft beer. 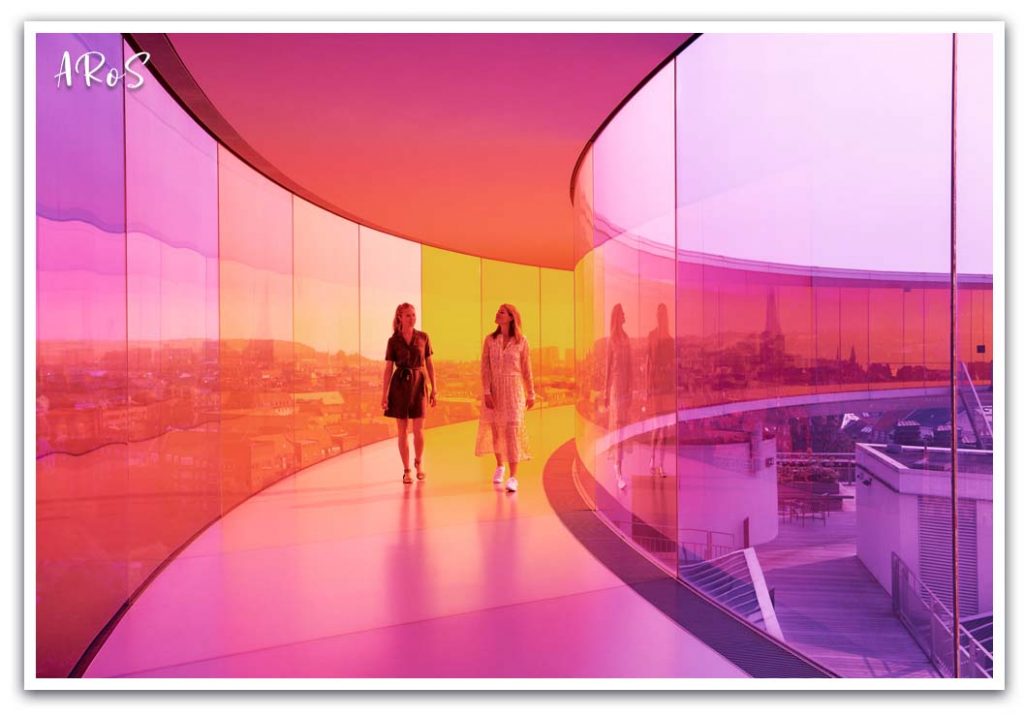 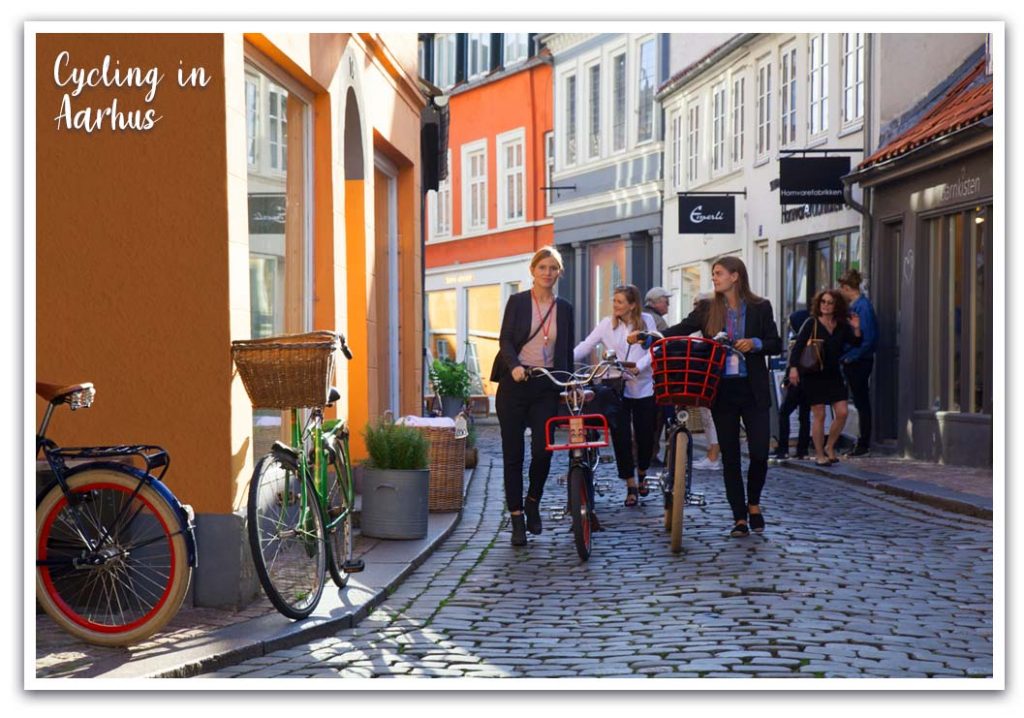 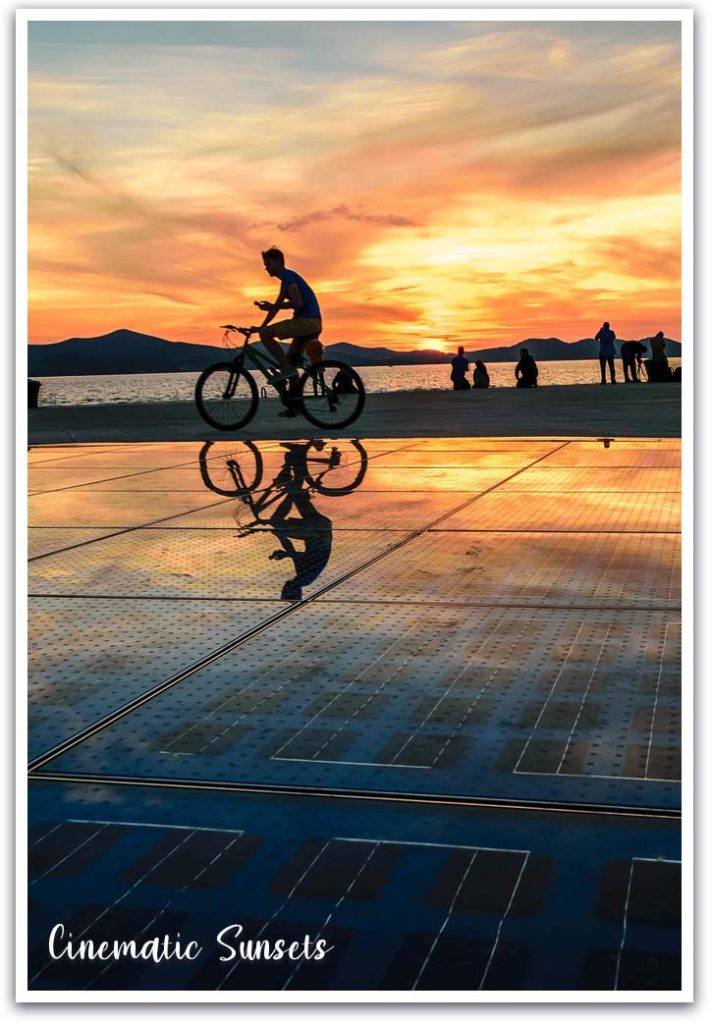 Zadar instead of Dubrovnik

Dodge the Game of Thrones fans in Dubrovnik and head to Zadar, the oldest continuously-inhabited city in Croatia, where Roman and Venetian history washes together by the seaside.
Just like Dubrovnik, Zadar has a beautiful Old Town with warm terracotta roofs, streets worn shiny with footsteps and picturesque buildings, including a lovely Venetian gate, the austerely beautiful circular church of St Donat’s and the ruined columns of the Roman Forum built by Emporer Augustus (head to the Archaeological Museum to see what it looked like whole).
Alfred Hitchcock famously raved about the cinematic sunsets in Zadar, best seen sinking into the sea from the promenade, with some of the city’s excellent gelato in your hand.
For extra atmosphere head to the Sea Organ, a strange attraction by artist Nikola Bašić that put Zadar on the map. It’s a series of holes in the pavement that emit bizarre but strangely soothing noises powered by the strength and frequency of the waves. Bašić also harnessed solar power to create The Greeting to the Sun, a huge circular light installation putting on a spectacular multi-faceted show after dark and drawing people to a natural seaside disco.

Lyon instead of Paris

Two hours from the city of love by a highspeed TGV train, Lyon is the gastronomic capital of France and a city which blends old and new perhaps better than Paris.
Lyon’s location makes it a hub for agricultural produce; it sits at the crossroads of the country’s regional cuisines and it was once a trading centre where exotic ingredients were imported – no wonder the city is home to 17 Michelin-starred restaurants! But even humble Lyonnaise brasseries serve delectable meals. Try poulet de Bresse, a renowned chicken dish usually served in a creamy mushroom sauce.
When you’re not browsing food markets or bars (Lyon is within sniffing distance of several wine regions), admire Lyon’s architecture. There’s a Roman amphitheatre; many beautiful basilicas; the ancient Saint-Pierre Palace which houses a fine art museum and the spaceship-like Musée des Confluences, a state-of-the-art science museum in a cool regenerated industrial area between the Saône and Rhône rivers. 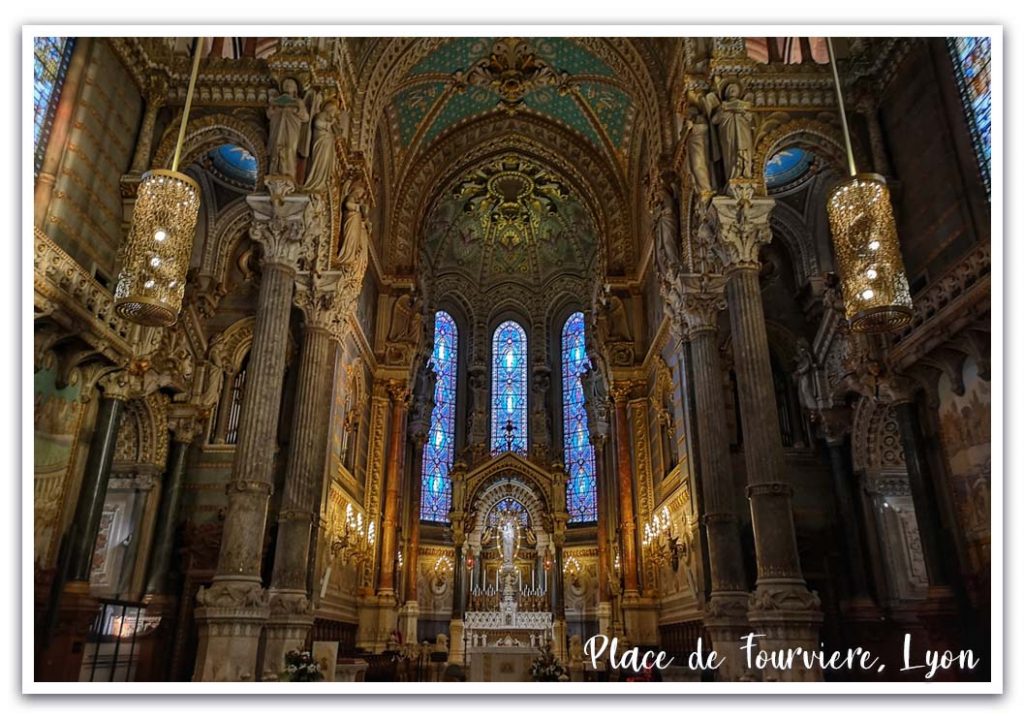 San Sebastian instead of Barcelona

Offering the same delectable city and beach combination as Barcelona, glamorous San Sebastián is more chilled out and famous for food.
The Basque city spreads around two fine, sandy bays and is blessed with elegant art nouveau buildings and pretty parks and plazas. Hop between Pintxos bars to sample as much of the Basque-style mini tapas as you can, from simple grilled octopus on a stick
to gourmet chorizo with cider, washed down with the local bubbly, txakoli. 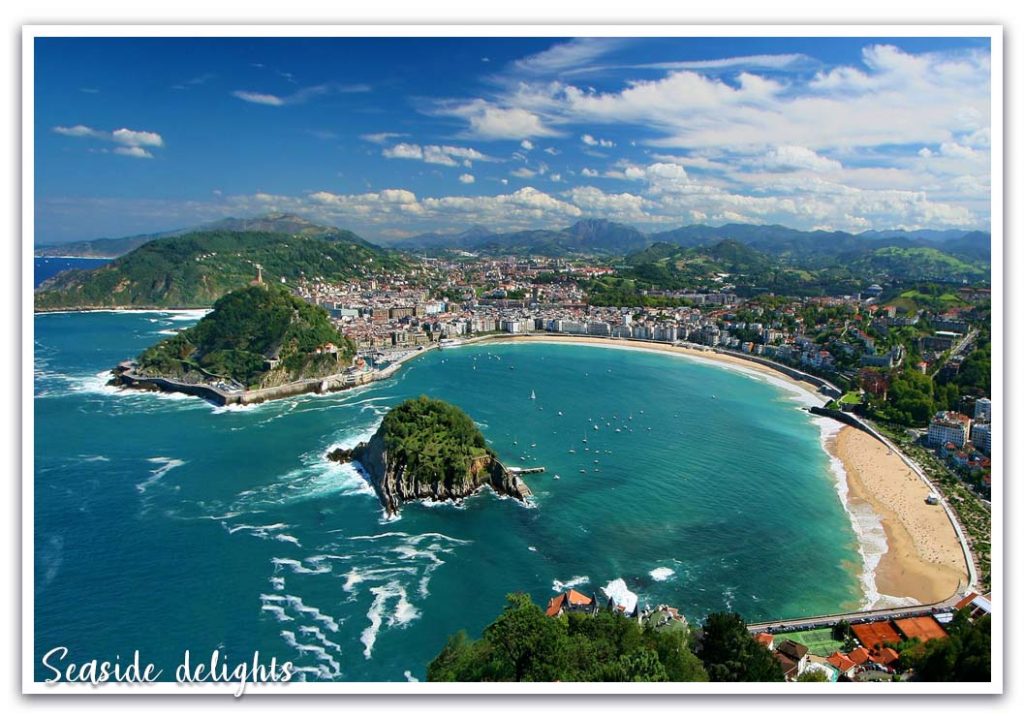 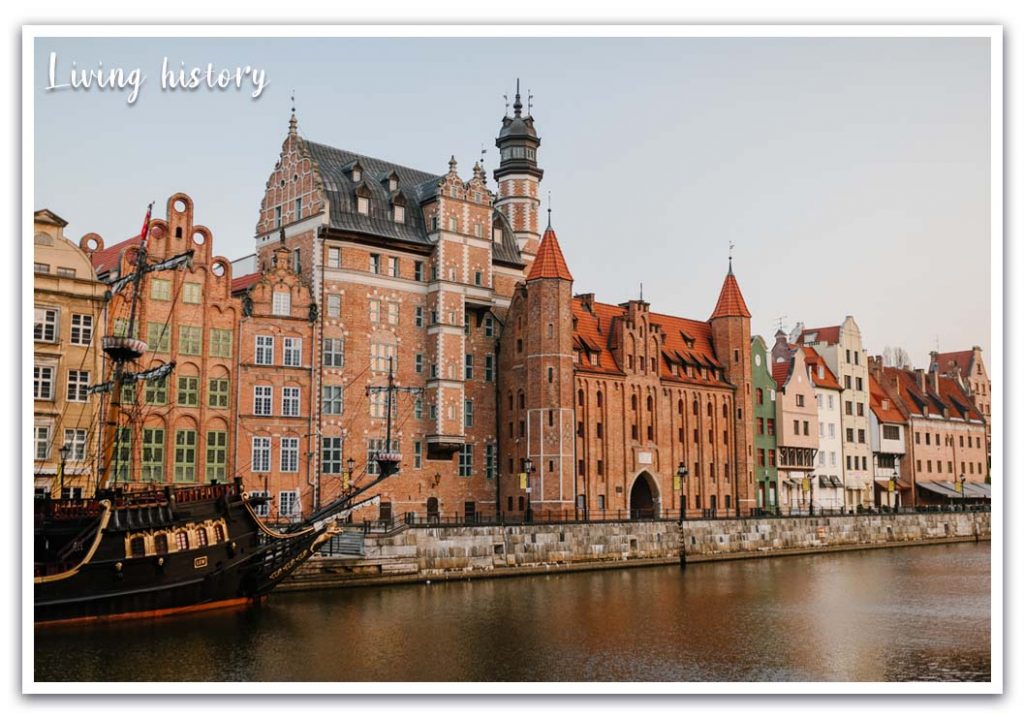 Gdansk instead of Krakow

At the opposite end of Poland to Krakow, the Baltic port of Gdansk has grand, colourful buildings like the southern city but the architecture in the compact and maze-like old town is Dutch-style.
Mariacka Street is a cobbled venue which connects the riverfront with its medieval crane and pretty row houses, to the gothic St. Mary’s Basilica. It’s lined with cosy cafes and amber jewellers.
The impressive Museum of World War Two is packed with thought-provoking exhibits while the murals adorning the communist-era tower blocks of the Gdansk Zaspa district is for those who like to go off-beat.

Gothenburg instead of Stockholm

Sweden’s second-largest city has an understated, hip vibe with pretty neoclassical architecture lined along its historic canals and buzzing, creative communities.
Hit the cobbled streets and wooden buildings of Haga, where you can shop for vintage clothes or enjoy fika – coffee, and maybe a cinnamon bun, with a friend.
Långgatorna is packed full of pumping bars and clubs while the city’s botanical gardens meander peacefully along the banks of Rosenlund Canal. 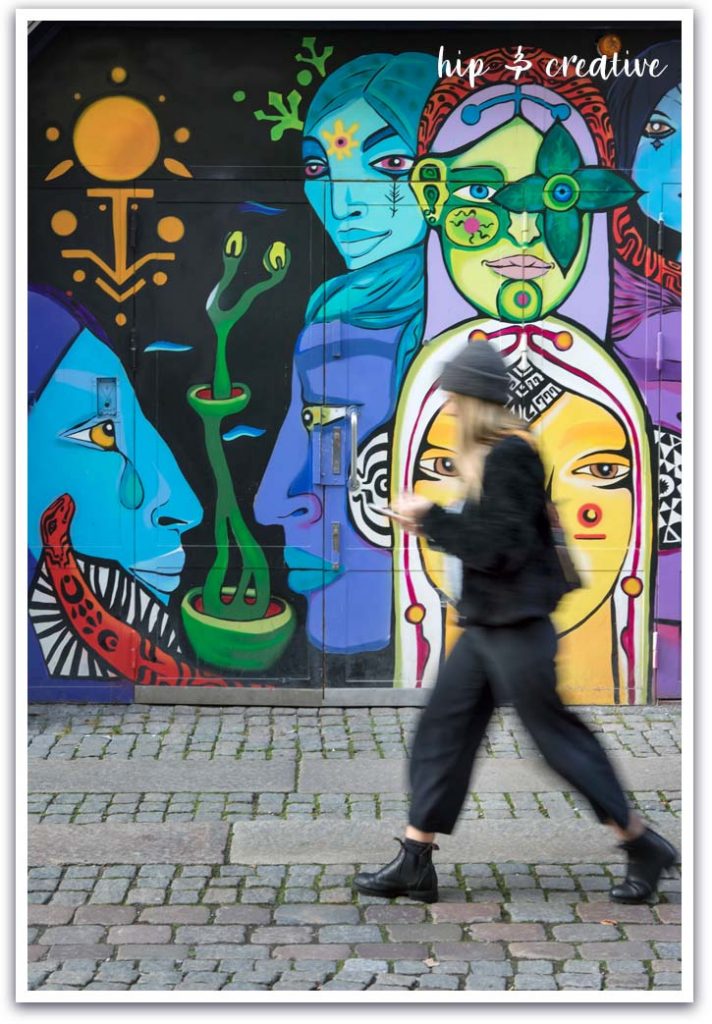 Utrecht instead of Amsterdam

Winding canals lined with trees and tall, gabled houses? Tick. Exciting art and music? Tick. Café culture and funky bars? Tick. Utrecht, just south of Amsterdam might not have all these things in the same volume as the Dutch capital, but you’ll find it easier to get between all its great attractions and less crowds.
Start in the Medieval centre and climb to the top of the Dom Tower, a 15th century church which offers views of Amsterdam and Rotterdam on a clear day. Walk the canals on foot to find waterside cafes and characterful shops.
Cultural highlights include the Centraal Museum which has everything from fashion to Renaissance paintings and the Miffy Museum, a tribute to the cartoon bunny’s creator who was born here.
Hop on a bike (Utrecht is home to the world’s largest multi-storey bike park) and explore diverse districts like Lombok, home to the ‘techno mosque’ with its neon minarets and Kanaalstraat, famous for Turkish and Moroccan eateries.

Hamburg instead of Berlin

Beautiful and gritty all at once, Hamburg is just as grand and just as cool as the German capital and has dozens of diverse neighbourhoods to explore.
Altstadt is the historic heart of Hamburg, dominated by the City Hall and its soaring clock tower. In the historic warehouse district, Speicherstadt, handsome red brick warehouses line glassy canals. In contrast, next door is Hafen City, a huge urban regeneration area including Elbphilharmonie, a glass concert hall built on an old warehouse.
If you’re looking for nightlife then St. Pauli has it, including Europe’s longest party street, the brash neon Reeperbahn and its seedy bars, sex shops and clubs. For a hipster vibe head to Sternschanze, where scruffy but inviting pubs line graffiti-scrawled streets. More upscale is leafy Eppendorf with its Art Nouveau buildings and fancy bars and restaurants.
You can also just relax, in one of the city’s parks like the pretty Planten un
Blomen, by the lake or by the river, where a panorama of ships awaits. 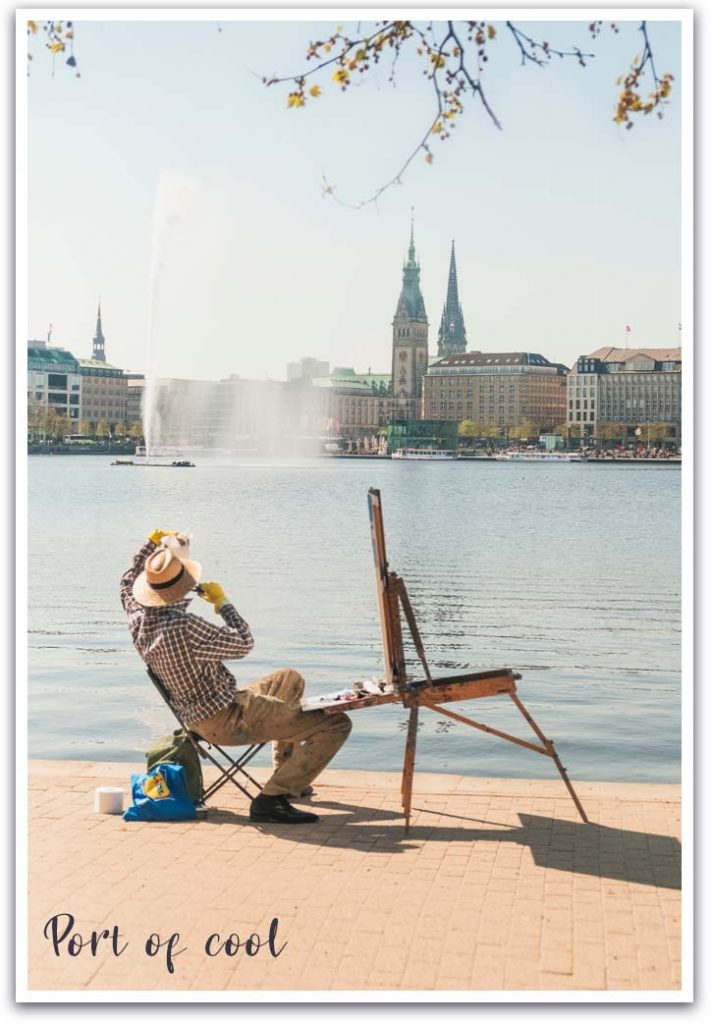 Aveiro instead of Lisbon

This handsome town on the edge of a lagoon is known as the Venice of Portugal thanks to its picturesque canals, but can be compared to Lisbon for its colourful Art Nouveau buildings. A stay in Aveiro wouldn’t be complete without a ride on a moliceiro (the city’s answer to a gondola but a tenth of the price) and you must try the local bean and whelk stew as well as ovos moles, a sweet made with sugar and eggs that rivals Lisbon’s custard tarts. 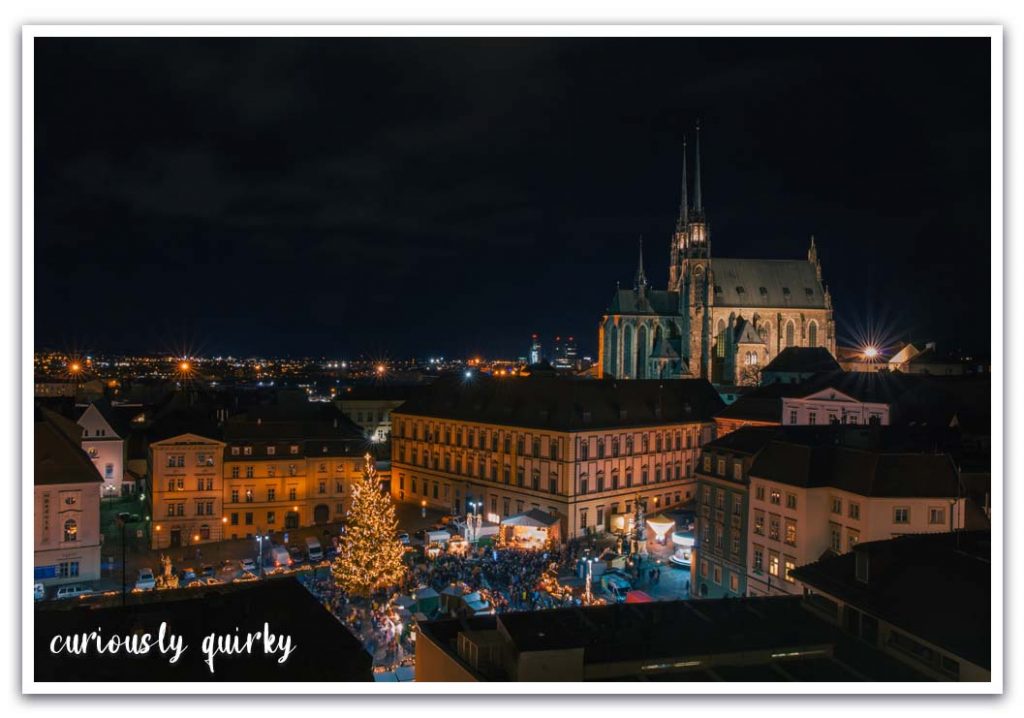 Brno instead of Prague

The capital of the Moravia region is giving partying Prague a run for its money thanks to a student population who ensure lively nightlife.
Brno has opulent churches and stately pastel houses just like the Czech capital, but it’s kooky. While Prague’s astronomical clock is engraved with ornate symbols, Brno’s is a phallic black stone which pops out marbles at 11am, the time that Brno thwarted a siege.
Below the charming streets of Brno lies a sinister history. Under the Cabbage Market are former torture chambers (and a pub) and the Church of St James’ hides spooky vaults of bones second only to Paris.

Bologna instead of Venice

Europe’s oldest University Town can give Venice a run for its historical money and its heartbreakingly beautiful terracotta skyline looks like an oil painting. But it’s also described as Italy’s culinary capital (where do you think our beloved bolognaise came
from?) and is home to a thriving student population who keep it real.
Bologna’s vibrant food markets, dotted all over the city, are the best place for tasting delicious food from the region like mortadella sausage, parma ham, balsamic vinegar and parmesan. After, head to Osteria del Sole, a lively bar over 550 years old, where the wine is cheap and you can bring your own food. Restaurants range from posh white table cloth affairs to rustic family-run trattorias.
You can walk the food off by exploring the city. Wander under the shaded porticoes, Bologna’s covered walkways with vaulted ceilings, marble floors and fancy shops. Connect up the city’s many 13th-century gates or climb the 498 steps up Asinelli Tower for a panorama of Bologna and the surrounding countryside. Or go green and hit Orto Botanico, the university’s botanical gardens with their cavernous greenhouses.

Plan your next European city break with Charitable Travel, get expert advice, and donate 5% of the price to the charity of your choice!